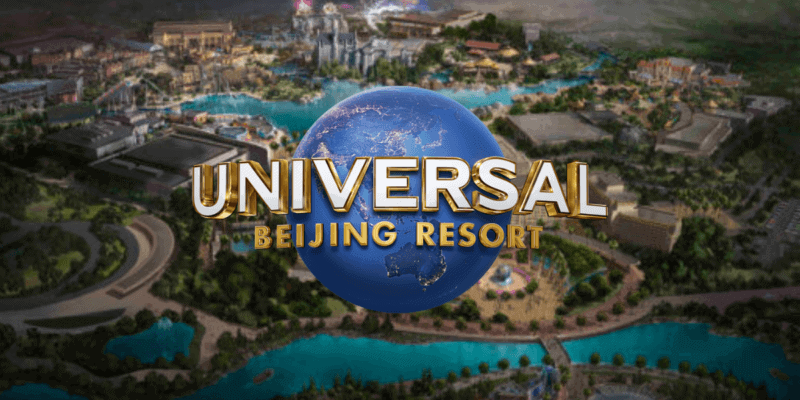 As the pandemic continues into 2021 one question has been on fans of Universal theme parks’ minds, will Universal Beijing open on time? With the recent news of the delayed grand opening of Super Nintendo World in Universal Studios Japan and the overall uncertain times we are living in — it could certainly be a possibility.

Universal Beijing Resort is set to open in May of 2021. However, with the ongoing pandemic and little updates on the theme park from Universal recently, could the park delay the grand opening? If they do, it would likely not be due to construction delays, but rather timing.

We recently reported that Universal is delaying the grand opening of Super Nintendo World in Universal Studios Japan for the time being as Osaka has declared a state of emergency that will last until February 11, 2021. It will not be until February 11, 2021, that Universal will even begin to discuss a new grand opening date. The original opening date for Super Nintendo World was February 4, 2021.

While China is not currently in a state of emergency or lockdown, the Universal Beijing theme park would have to make adjustments for its grand opening — just as Universal has had to make changes to their other theme parks around the world as they have reopened. For example, Universal has been keeping their Orlando resort theme parks at a limited capacity, and masks and social distancing are being strictly enforced.

Here is how Universal describes their latest theme park resort:

Universal Beijing Resort™ is a widely anticipated theme park destination featuring several all-new attractions along with the best Universal rides, shows and attractions from around the world – plus specially created experiences designed to reflect China’s cultural heritage. The initial phase of Universal Beijing Resort™ will include the world-renowned theme park – Universal Studios, and Universal CityWalk retail, dining and entertainment complex as well as the first-ever Universal-themed resort hotel and the first Nuo-branded resort hotel of Beijing Tourism Group.

With the unpredictable nature of the pandemic, it could be that moving the grand opening of the Universal Beijing Resort until more wide availability of a vaccine and relaxation of health and safety measures are allowed would help the brand new theme park have a more widely successful opening. This is truly all speculation as Universal has not given any official word.

You can expect to see Kung Fu Panda the ever-popular Dreamworks animated franchise get its very own land.

It wouldn’t be a Universal without a Jurassic Park-themed area, however, in Universal Beijing, it will be a fully immersive Isla Nublar where Dinosaurs can be found at every turn.

Additionally, you will be able to find lands based on Harry Potter called The Wizarding World of Harry Potter, and the Minions called Minion Land. Universal Beijing will also boast a Universal CityWalk that will hold restaurants and retails shops for those visiting to enjoy.

Do you think the grand opening of Universal Beijing Resort could be delayed? let us know what you think in the comments!

Want to book a vacation to a Universal Resort? We can help — click here for more information.