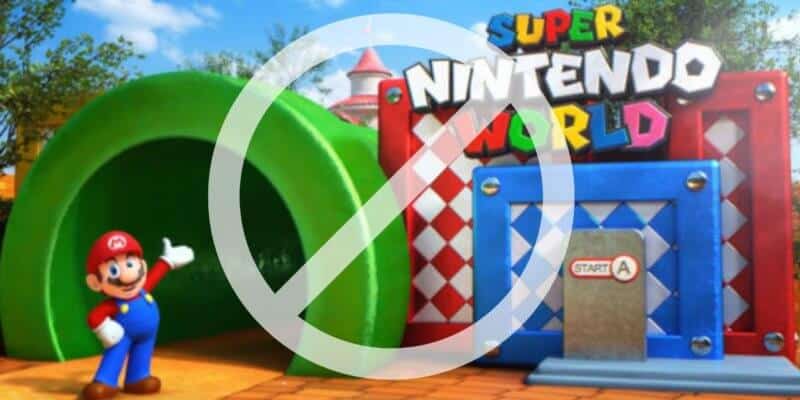 Universal Japan was set to have a new land, Super Nintendo World, open in mere weeks on February 4, 2021, and fans were excited to jump into the land of Super Mario. Now, that opening is being pushed back with no new opening date in sight.

Super Nintendo World at Universal Japan is the latest attempt from Universal to create a highly immersive and interactive land for guests — much like they did for the Wizarding World of Harry Potter. After releasing a walkthrough video tour of Super Nintendo World lead by Mario creator  Shigeru Minamoto, Universal fans such as myself could not wait to see more.

From the moment visitors enter the land through a Warp Pipe, their jaws will hit the floor. The land itself places those entering it into a Nintendo video game with vibrant colors, as well as the ability to become a Nintendo character through the land’s interactive Power-Up Bands. Guests will be able to ride Koopa’s Adventure and race through a real-life Mario Kart game, enter Bowser’s castle, meet Princess Peach, have Toad cook for them, and hop on Yoshi’s Adventure!

Unfortunately, that is all coming to a halt.

Osaka has declared a state of emergency due to the COVID-19 pandemic, which is directly affecting the opening of Super Nintendo World. Universal Studios Japan has decided to delay the opening indefinitely, with no new opening date announced.

It seems that Universal is currently waiting for the state of emergency to be lifted to pick a new opening date for the land. That means that until February 11, 2021, at the earliest, we will not know when this land will open.

“After careful consideration of all aspects of the current situation, Universal Studios Japan is postponing the grand opening of its new ‘Super Nintendo World’ until after the state of emergency for Osaka prefecture, issued yesterday, is lifted. Also during the state of emergency, we will set additional capacity limitations in accordance with the government and the local authorities’ guidelines. We apologize to all of our guests and stakeholders for any inconvenience this causes. We know you are looking forward to the grand opening of Super Nintendo World when the time is right. We will announce the grand opening date soon after the lift of the stat of emergency. Studio pass sales are also monitored and controlled, and there could be additional limitations to their availability. We recommend that our guests purchase date designated studio cases at our official website prior to their visits. Please see our official website for the latest information regarding park operations.”

USJ announced it is postponing opening of Super Nintendo World from previoulsy-announced Feb. 4 due to ongoing Covid-19 situation. Sad, but right call. pic.twitter.com/jJg6B6vSLP

This is another huge setback for Universal after having to push back the opening of their third gate, Epic Universe, in Orlando, Florida. Epic Universe is currently not moving forward at the moment but is confirmed to also showcase Super Nintendo World as one of its lands.

Stay tuned to Inside the Magic as we continue to update you on the opening of Super Nintendo World at Universal Japan.

Were you excited for Super Nintendo World to open? How long do you think its opening date will be pushed back?