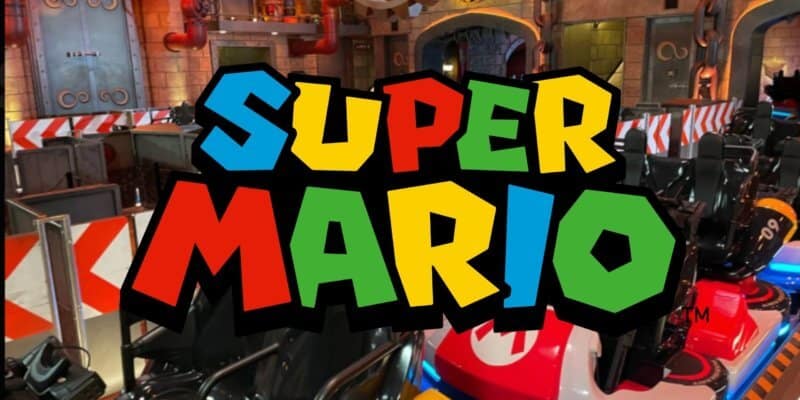 After finding out that Universal Studios Japan was opening in a mere couple of months on February 4th, 2021, Nintendo fans quickly wanted an inside look at the attractions that were opening with it. We knew that we would be able to jump into Super Mario Kart with the Mario Kart ~ Bowser’s Challenge ~ attraction, but now we can see what exactly that experience is going to look like.

Thanks to Bloomberg Quicktake (@Quicktake) on Twitter, we can now see a more in-depth look at the attraction, and I don’t know about you, but I am getting Game Cube flashbacks and loving it!

Before the attraction even begins, let’s talk about that queue. With the Super Mario Kart ride being based on Bowser, it makes sense that we get to enter his castle before riding, and likely is a huge catalyst for whatever backstory is going to come into play before we ride the attraction.

The amazing thing here is that the visuals of what the castle looks like is a direct step into the video game. Anyone who has ever raced (in my case, Koopa Troopa) through Bowser’s castle knows what those stairs and statue look like, so seeing it come to like is super exciting, and getting to walk around it is a Nintendo nerd’s dream. And yes, I am talking about me!

It’s also exciting to see all of the different cups in the queue that would represent different track challenges in Mario Kart. It will be interesting to see if our challenge is from an existing track or cup, or if they will be creating a new cup for the attraction. From the below photo, it seems that we will have a new cup – the Universal cup!

The attraction will have 3-D elements as you ride and with the glasses accompanying a hat, it looks like we will all be playing at Mario in this attraction. Universal recently released more information on the attraction:

From this, it seems that Princess Peach will also be on the ride with us, and many tracks will be ridden. It seems you will not be freely racing on the ride vehicle but it will be interesting to see if the other guests will be involved in the rider experience.

Until February 4th, I am just going to turn on my Nintendo Switch and play Super Mario Kart there. Stay tuned to ITM for all things Nintendo World!

Do you want to ride Mario Kart ~ Bowser’s Challenge ~ ?

Comments Off on VIDEO: Get Ready to Ride Universal’s Super Mario Attraction