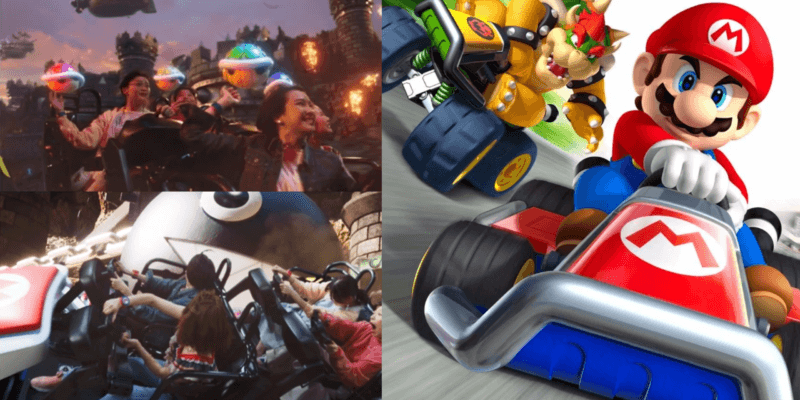 It would appear that someone in Japan who has completed work on a website for Universal Studios Japan may have just (accidentally) given us our first proper look at the much anticipated Mario Kart attraction that is set to debut in Super Nintendo World.

Related: How to get unlimited access to Universal Orlando Resort

Keep in mind that much of this has since been deleted by the third party that accidentally leaked the project on Vimeo, so take everything below with a pinch of salt.

Firstly, thanks to a bit of text we now know that the attraction is set to include multiple courses! This is fantastic news as we were worried the ride was going to be limited to a single course. This would have been a shame given how many courses have featured in the Mario Kart series over the years. There’s been no official word on how many courses are going to feature in the attraction, but you can see the confirmation in the screenshot below:

What gives these rumors even more validity is the fact that the video on Vimeo showcased the ride vehicles in action:

The ride duration, as well as riders per kart and height restrictions, also appear to have been leaked:

If all of this is true then one thing is for sure, we have a lot to look forward to when the attraction finally opens alongside the rest of the land at Universal Studios in Japan. The attraction also looks to take advantage of Augmented Reality though again, this has yet to be confirmed.

You can check out the full Twitter thread below:

Yep, someone really messed up.
By the way, there are now pics of Mario Kart's ride system. pic.twitter.com/xYkypmKnxs

There’s no opening date just yet as it was announced the land had been delayed thanks to the pandemic but work looks to be almost done on the project.

With the delay in Epic Universe in Orlando, it could be a while before we see Mario, Luigi, Princess Peach, Bowser and the rest of the gang in Orlando but this attraction alone is certainly enough to make us book a trip to Japan!

Are you looking forward to seeing a Mario Kart attraction in action? Let us know in the comments below!