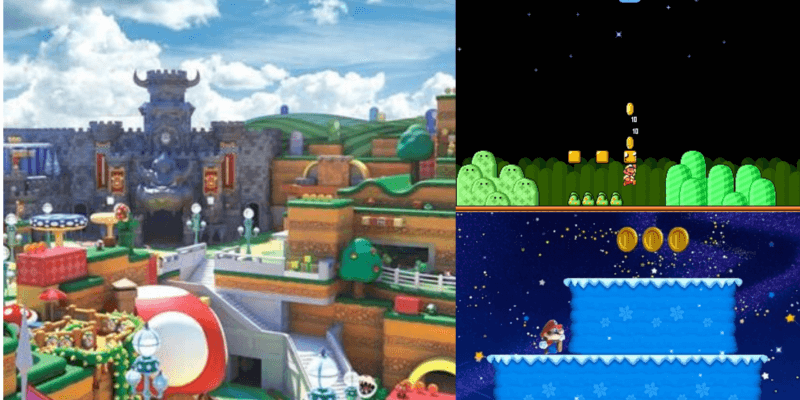 Super Nintendo World is getting closer and closer to the opening at Universal Studios Japan, and we’ve just seen how elements of the land are going to look at night thanks to Twitter user @EtiaCSXZDkkpdbs.

In these photos, we can see how many of the elements are going to light up during the evening hours including Bowser’s Castle, Goombas, Thwomps, Warp Pipes, and a Piranha Plant.

Check out these awesome photos below:

Super Nintendo World is gearing up to be one of the most exciting theme park areas to ever be created. Universal has big plans for Nintendo moving forward at its theme parks around the world, including at the new Epic Universe park in Orlando.

Of course, plans have stalled at the minute on this park but we would still expect Nintendo to be a huge part of the park when it does eventually get back on track. Mario, Luigi, Donkey Kong, Yoshi, Princess Peach, and the rest of the gang have a huge worldwide appeal, and Universal Orlando theme parks could likely draw crowds away from Disney World with the opening of Epic Universe.

Other than seeing this incredible new land in Japan, we’re also looking forward to seeing just how Universal and Nintendo have managed to translate Mario Kart into an attraction. If they manage to pull it off, it looks like it’s going to be an attraction to rival Disney’s Rise of the Resistance found in Galaxy’s Edge.

Universal isn’t holding back with the promotion of this land, either. The Charli XCX video earlier this year still gets stuck in our heads on a regular basis and although it’s a shame not to see it open alongside the Tokyo Olympics, the land is so nearly finished now.

We can’t wait to be hopping around the Universal Park with our power up band in the Mushroom Kingdom!

Are you looking forward to seeing Mario and the gang at Super Nintendo World? Let us know in the comments below!

Comments Off on See Universal’s Super Nintendo World at Night for the First Time!