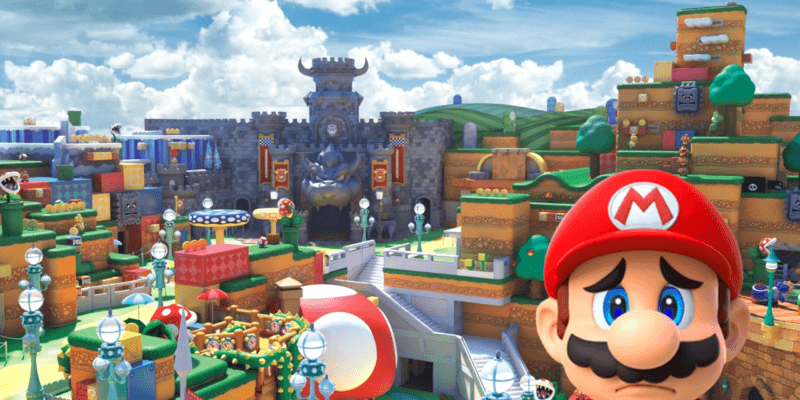 Bad news for Nintendo fans as a huge Japanese newspaper is reporting that the opening of Super Nintendo World has been delayed indefinitely at Universal Studios Japan.

Though it is a shame to have to wait to see Mario, Luigi, Toad, Donkey Kong, Yoshi, Princess Peach, and the rest of the gang, the delay doesn’t come as a surprise to many fans, given the current climate.

Originally, Super Nintendo World was due to open ahead of the Tokyo Olympics that were scheduled for this year. Given that crowds will not be flocking to Japan in 2020 because of the rescheduling of the Olympics, it makes sense for Universal to delay the opening of Super Nintendo World to a time when the world has returned to some form of normality.

Related: Check out the first look at Super Nintendo World at night

The same financial newspaper that reported on this news has also stated that it’s possible the land could still open this year, though it’s very likely to be delayed further into 2021. The construction is still moving ahead and it looks as if the land is very nearly complete at Universal Studios Japan.

A reminder that the land is going to include a Super Mario Kart attraction alongside a Yoshi Ride and will put guests in the video game thanks to a partnered app and a power up band. Check out the crazy (but awesome) intro video below:

Universal proved they could compete with Disney when it comes to themed lands with the addition of the Wizarding World of Harry Potter, and the new Super Nintendo World area is the next area that is going to compete with Disney, at least in Asia, for now.

Super Nintendo World is also planned for Universal’s new theme park in Orlando, Epic Universe, though that park has been put on hold for the time being.

We can’t wait to see Bowser’s Castle in person when the land eventually does open and visiting Universal Studios Japan is right up there on our list of places to visit thanks to this new land.

Are you looking forward to seeing what Universal can do with Nintendo in Super Nintendo World? Let us know in the comments below!