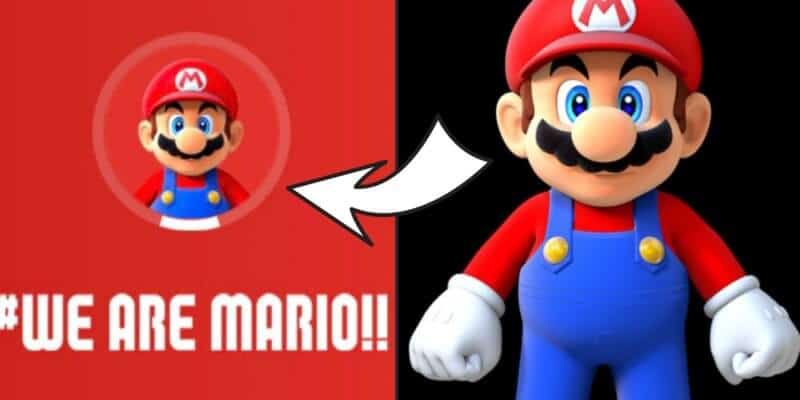 Universal Studios Japan’s Super Nintendo World is set to open on February 4, and after taking a look at the website’s renderings and Nintendo’s tours of the land, it is easy to understand why the hype is quickly building. However, it seems that some of those renderings may not exactly belong to Nintendo.

Twitter user uJidow (@ujidow) shared a photo claiming that Nintendo is using their old Mario rendering on the official Super Nintendo World website. If we take a look at Universal’s rendering on the left, and uJidow’s on the right, the two look quite identical.

Comicbook.com shared an interesting comment on the story, stating that it is not highly uncommon for a mixup such as this to occur as unofficial fan art can often be mistaken as the original. That being said, it is not yet clear if that is the case here, and if the mistake was indeed an innocent mixup.

The Mario fan artist uJidow did reach out to Super Nintendo World about the possibly stolen and uncredited rendering but has yet to hear back. That being said, the same Super Mario rendering on the website has since been changed. If you compare the below image to the one in the Tweet, Mario is not a lot lighter in color and more muted in terms of his vibrancy. Coincidence? We’ll let you be the judge.

Super Nintendo World’s website, however, is a stroke of genius as it allows future guests to get a lay of the land and virtually tour it before its opening. As we previously discussed, the site opens to a Warp Pipe, just as the land will. When you use a Warp Pipe in a Super Mario game, you can go to secret areas of the game. Therefore, by having the Warp Pipe be the official entrance into the land, guests get to feel as if they are truly being transported from reality into another land of fantasy.

As you continue to explore you can see Bowser’s castle where the Super Mario Kart attraction Koopa’s Challenge will take place, Yoshi introducing his attraction (Yoshi’s Adventures), Baby Bowser in what we assume is the Power-Up Band interactive area, Kinopio’s Cafe where Toad can make your meal, and Princess Peach showcasing the gift shop.

Stay tuned to Inside the Magic as we continue to follow Super Nintendo World through to its opening!

Do you think Super Nintendo World is guilty in this situation? What are your thoughts? Let us know below.