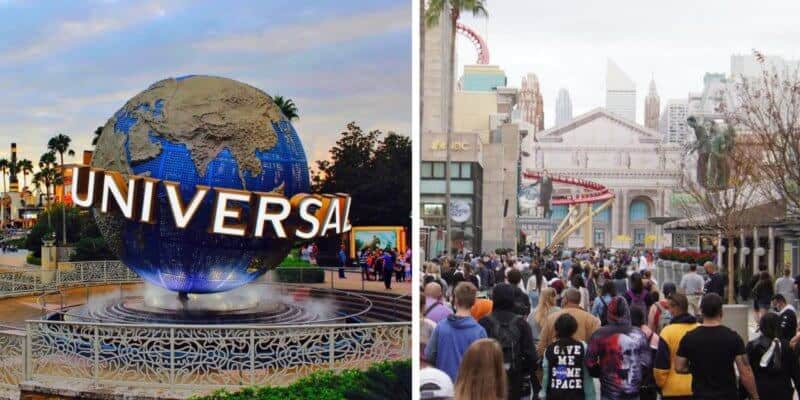 Capacity limits at Orlando theme parks during the pandemic are kept somewhat confidential for major companies like Disney World and Universal Orlando, as the amount is not readily available and has proven to shift upwards without instant public acknowledgment. Based on the most recent update about Universal Orlando’s capacity limits, Universal Studios and Universal’s Islands of Adventure are capped at 35%. However, it seems that Universal is no longer able to confirm that number.

Universal Orlando Resort (@UniversalORL) responded, “Hi Rose, we do not have an exact number to provide, however, we are currently limiting attendance at our theme parks during our phased reopening.”

Hi Rose, we do not have an exact number to provide, however we are currently limiting attendance at our theme parks during our phased reopening.

Previously, Jeff Shell, NBCUniversal CEO confirmed that Universal was operating at 35% capacity. He stated, “When you factor in all the distancing and the protocol, you really can’t put more than 35%. And what’s encouraging is in the last couple of weeks, we’ve been bumping up against that 35% on several occasions.”

At that time, Shell indicated that he is glad tourism is improving, and it seemed as though 35% is what the company believed was needed to allow for social distancing.

Many guests are currently visiting Universal Orlando since capacity is reduced. Knowing that there are only 35% of guests allowed in the parks can be a huge incentive for those who can go to the theme park because they now are experiencing a much emptier park than usual. Often during the pandemic, guests are willing to visit theme parks like Universal Orlando because they know that capacity is being strictly limited. Given this, it is intriguing for Universal Orlando Resort to not disclose an exact capacity number when that could be a selling point to have guests continue to visit. One might argue that an exact capacity number shouldn’t matter to the public, but others would disagree.

That being said, we have seen Universal silently raise capacity from 25% to 35% (just like Walt Disney World did). Since Governor DeSantis has allowed theme parks to operate in any way they see fit, Universal could increase that number at any point they would like. However, Universal hasn’t yet revealed whether or not they have raised capacity since then, though we wouldn’t be surprised.

Lately, the parks have been hitting their capacity limit daily, and usually within the first hour of opening! As you can see from bioreconstruct’s (@bioreconstruct) photo on Twitter from this week, we can see that early morning crowds are very evident at Universal Orlando.

Based on our own reporter’s experience at Universal on an at-capacity day at Universal Orlando Resort, while the parks did feel very full to them, the Team Members did an incredible job of ensuring face mask compliance, food safety, spacing, and social distancing in lines — and giving out hand sanitizer for each and every Guest before they got onto an attraction. Our staff member felt that this made the experience fun and as safe as possible on a very packed day.

Do you think Universal raised their capacity from 35% based on current crowd levels?

Comments Off on Universal Orlando Stays Silent on Capacity Limit