Universal Orlando Admits to Raising Capacity - Inside the Magic 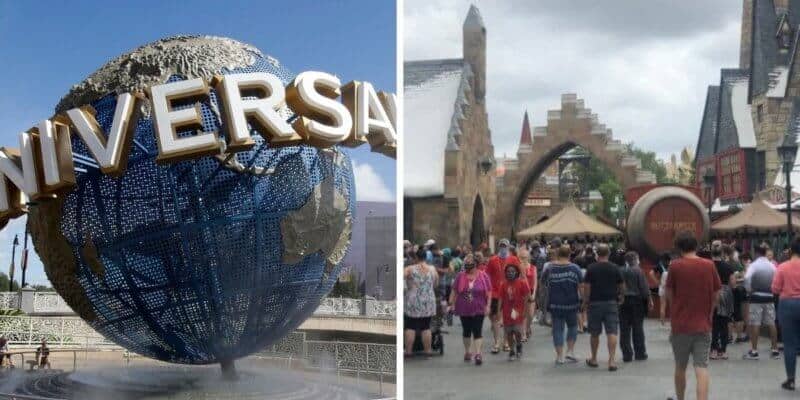 During the pandemic, it seemed that Universal Orlando has definitely been seeing larger crowds, with their capacity limit not being announced too openly. Now, it seems Universal Orlando is admitting to the capacity number, but something doesn’t add up.

The Comcast Corporation attended the UBS Global TMT Conference and Jeff Shell, NBCUniversal CEO opened up about the capacity that Universal Orlando, including Universal Studios, Universal’s Islands of Adventure, and Volcano Bay (now closed for the winter season) have been subjected to. Shell stated:

The other encouraging thing, other than the health and safety aspects of it, is we are operating in Orlando, for example, at about 35% capacity when you — there’s no hard and fast rule. But when you factor in all the distancing and the protocol, you really can’t put more than 35%. And what’s encouraging is in the last couple of weeks, we’ve been bumping up against that 35% on a number of occasions. So even with no people flying from overseas, which is a big chunk of our business traditionally, even with a big decline in people flying from across the country coming to Florida, so largely driven by local and drive-in audiences, we’re kind of hitting that capacity.

Previously, we were told that capacity was at 25%, so this means — similarly to Disney World — Universal is quietly raising capacity. The interesting thing here is that Universal is seemingly much more crowded than Disney World, so a capacity limit of the same amount seems questionable. Of course, capacity for both parks will range based on size, but Universal Orlando’s crowds often show no social distancing. Interestingly enough, Shell mentioned that the 35% capacity was so that guests could social distance. Considering Universal has been hitting capacity very often, and crowds are quite heavy, 35% does not seem to be the exact number to encourage distancing when the parks are at their full capacity.

The positive thing to pull away here is that although 35% is much lower than Universal is used to, it seems that due to the pandemic and people not flying or traveling, they at least have a 35% demand — meaning they are doing the best they can under the current circumstances.

If you want to visit Universal Orlando, why not plan today? Click here to get started!

Do you think Universal Orlando is operating at 35% capacity?