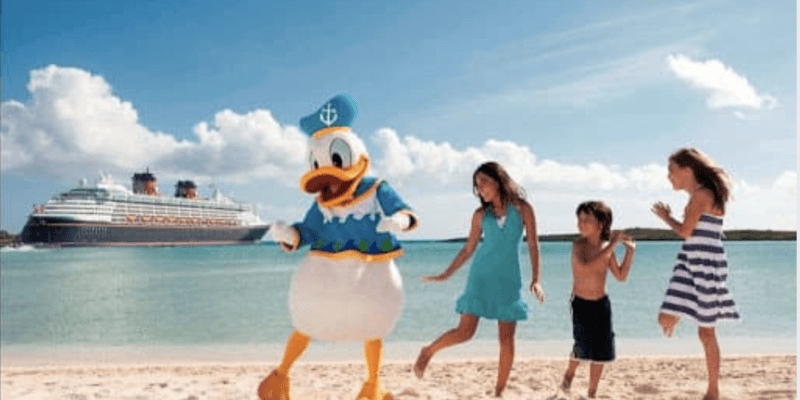 If you’ve ever been on a Disney Cruise Line vacation to the Bahamas, visiting Disney’s private island, Castaway Cay, was undoubtedly one of the highlights for you and your loved ones.

The cruise operator officially describes the port of call as:

Be on the look-out for many popular Disney pals on Disney Castaway Cay.

The status of the project had been in question following the COVID-19 pandemic and the retirement of former Disney Imagineer Joe Rohde, who had been instrumental in Lighthouse Point plans. In June 2021, Chapek, however, said that Disney is excited about a “second island destination and three new ships”. This, of course, includes the new Triton Class Disney Wish cruise ship that will join the Disney Dream, the Disney Fantasy, the Disney Magic, and the Disney Wonder when she takes her maiden voyage in June 2022.

Now, there is an exciting update about progress at the Lighthouse Point site. A new report notes that Disney recently more than doubled the number of construction jobs the $400 million project will offer, which is exciting news for Bahamian workers.

“We have asked for no other concessions other than what is set out in the Hotel’s Encouragement Act. We haven’t asked for anything special, just what everyone else gets. We have all the necessary approvals to begin construction, particularly on the land side,” said Gaskins.

There had previously been concerns about Disney destroying the island’s wildlife and foliage during the construction process. Gaskins, however, assured the public that the company is focused on preserving the island’s natural state, not destroying it.

It is worth noting that another recent report about Lighthouse Point confirms that the Bahamas National Trust (BNT) is monitoring all of the work that Disney is doing from an environmental impact standpoint:

“From what I’ve read I would say that Disney put a lot of effort into making sure that they had a credible EIA, credible Environmental Management Plan (EMP). I think they were concerned about their brand, they didn’t want it to appear that they wanted to make any shortcuts and so they produced a quality document. We all reviewed it. We gave basic comments, but in the end the government of The Bahamas determined that the environmental impact assessment was done in accordance with law and the new regulations.”

The Lighthouse Point location was first announced in 2019 at the D23 Expo in Anaheim, California. At the time, Disney Parks Blog post about the project noted:

[The destination] will be located on the beautiful island of Eleuthera at a place called Lighthouse point. The new destination will celebrate both the stories and culture of The Bahamas, as well as the natural environment of Lighthouse Point itself.

As construction ramps up, Disney fans can expect more details about Lighthouse Point to be released over the course of the next year or so. The Disney Cruise Line destination is expected to open to Guests in 2024.

What do you think about Lighthouse Point?