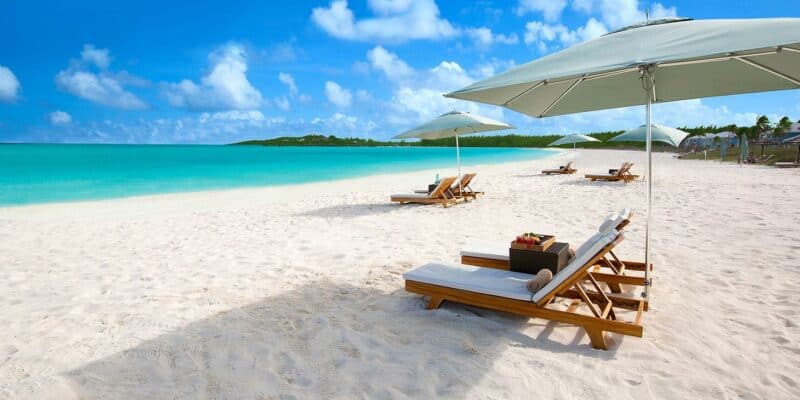 Now that international travel has largely reopened after the height of the COVID-19 pandemic in 2020 and 2021, many Americans are looking to get away to the Caribbean islands.

The Bahamas is an especially popular destination, with numerous resorts and cruise ports within easy distance for most Americans. Disney Cruise Line’s Bahamian cruises, for example, offer stops in Nassau and Disney’s private island, Castaway Cay.

Now, however, a Bahamian vacation has ended in mystery and tragedy for one group of travelers from the United States. People Magazine offered the following details regarding the deaths of three American vacationers:

Three Americans are dead and a fourth is hospitalized in the Bahamas on Friday due to unknown causes.

Two men and one woman were found dead at the popular Sandals Emerald Bay resort on Exuma Friday, PEOPLE confirms.

“It is with deep sadness that we can confirm the passing of three guests at Sandals Emerald Bay on May 6, 2022,” a representative for Sandals tells PEOPLE.

The resort representative went on to say that a “health emergency” was reported, but the exact nature of the incident has not been shared publicly at this time.

Our News Bahamas shared that The Royal Bahamas Police is currently investigating the situation. The statement attached to the Tweet noted, in part:

Preliminary reports are that shortly after 9 a.m. on Friday 6 May 2022, Police at the George Town Police Station were informed by staff of a local resort that that the body of a male was found in one of the Villas unresponsive.

Officers were dispatched and while enroute [sic: en route] to the scene they were informed that an additional male and a female were found unresponsive in another Villa.

JUST IN: Police are investigating the Sudden Death of two men and a woman

Detectives from New Providence are in Exuma investigating the death of two men and a woman. pic.twitter.com/wcI9QTW2XG

It has not yet been confirmed if the individuals involved in the tragic situation were traveling together or not.

Bahamas Acting Prime Minister, Hon. Chester Cooper, has also shared a statement on social media. Highlights of the statement include:

“I have been regretfully informed today of the death of three American visitors, two men and a woman, at a resort property on Exuma.”

“Another American woman has been airlifted to Princess Margaret Hospital [in Nassau]…[I have] been briefed by the commissioner of police and the resort’s executive management on the matter,” and that “Police are investigating and the cause of death is still unknown.”

A Statement from the Acting Prime Minister, Hon. Chester Cooper regarding the death of three Americans at a resort property in Exuma. pic.twitter.com/hwe2Ahkvin

Foul play is reportedly not suspected, but American travelers visiting the Bahamas are being urged to be vigilant in case the deaths were the result of food poisoning or fast-moving infection.

Sandals, based in the island nation of Jamaica, operates a number of luxury all-inclusive resort resorts in Jamaica, the Bahamas, St. Lucia, Barbados, and other Caribbean destinations.

Disney Cruise Line’s fifth cruise ship, the Disney Wish, is set to make its maiden voyage from Cape Canaveral in June 2022. The first Triton Class liner will join the Disney Dream, the Disney Fantasy, the Disney Magic, and the Disney Wonder.