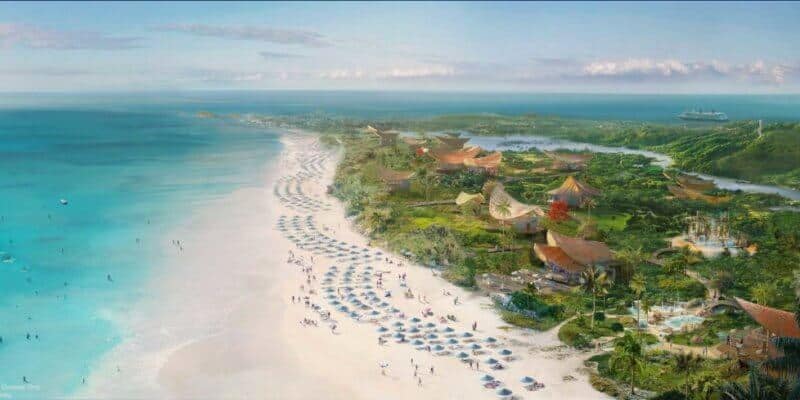 Related: New ‘The Princess and the Frog’ Lounge Coming to Disney Cruise Line

Walt Disney Company CEO Bob Chapek previously confirmed that the second private Bahamian port of call — which will join Disney’s existing private island, Castaway Cay — was still in the works, and had not been scrapped as a result of the COVID-19 pandemic.

The Honorable Dionisio D’Aguilar, Minister of Tourism and Aviation started the event with the keynote address which included the following informative overview of the status of Disney Cruise Line’s Lighthouse Point project.

“With regard to the Disney project in South Eleuthera, I’m delighted to report that COVID delays not withstanding, that project is progressing. Disney, I’m advised has satisfactory completed its Environmental Impact Assessment (EIA), addressed all of the concerns brought forward at the town hall meeting and other gatherings. Is currently working on its Environmental Management Plan (EMP) with the Department of Environmental Planning and Protection. In addition, I am also advised it has identified its contractor. The plan currently is to commence construction of this project in early 2022.”

It was also confirmed that Lighthouse Point is expected to open to Disney Cruise Line Guests in 2024, which had been projected previously.

At this time, it is not yet known what itineraries will visit Lighthouse Point, but presumably ships based in Port Canaveral — and potentially Port Everglades, if Disney’s terminal there comes to fruition — will have stops at this island destination.

Although Disney’s remaining 2021 cruises may look quite different due to pandemic era protocols, Disney is planning a huge return to sailing in 2022. The fleet’s first Triton Class cruise ship, the Disney Wish, will take her maiden voyage in June 2022.

Are you excited about Lighthouse Point?

Let the expert team at Academy Travel help you plan your next Disney Cruise Line vacation! Whether you have a future cruise credit or want to book a brand new itinerary, they can make the Bahamas Disney Cruise, Mexico Disney Cruise, or another Disney Cruise of your dreams a reality!