Disney Cruise Line Considering Sailing Out of Ft. Lauderdale - Inside the Magic 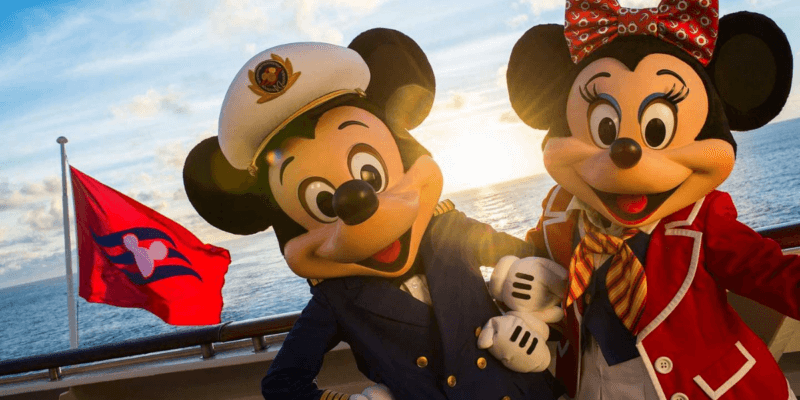 There has been a lot of news surrounding the Disney Cruise Line so far in 2021, despite the fact that no cruises have sailed out of the United States for over a year.

According to a report from the Orlando Business Journal Disney is in talks to sail out of Port Everglades:

The County Commission on May 18 will consider waiving a competitive bidding process to expedite talks with the Walt Disney Co. subsidiary (NYSE: DIS) to sail from the Fort Lauderdale port.

A final deal would require commission approval at a later date.

Jose I. Fernandez, vice president of port strategy at Disney Cruise Line, sent a letter to Port Everglades CEO Jonathan Daniels on April 26 seeking to negotiate a berth for Terminal 4 at the port.

If this deal goes through what would it mean for Disney Cruise Line in the future?

Much like other cruise operators the Disney Cruise Line has not been able to sail with paying passengers for over a year due to the pandemic. Just knowing that Disney is in talks to secure a new terminal to sail from at Port Everglades is a good sign that they plan to sail as soon as possible.

We previously reported on the updates made to the CDC Conditional Sailing Order in which cruise operators could begin cruising out of the U.S as early as July.

It appears that Disney is moving to return to sailing as quickly as possible, especially considering attempting to secure a terminal at Port Everglades, though there has not been a firm date from the company as to when they will begin sailing again at this time. Disney sails many cruises out of Port Canaveral which is only an hour outside of Walt Disney World, so this new Port would be a change for DCL.

In addition to Port Canaveral Disney has sailed out of Miami, Port Everglades would be a new port for the Disney Cruise Line.

The Disney Wish is the newest ship joining the Disney Cruise Line fleet in the summer of 2022. We know that the Disney Wish will be sailing out of Port Canaveral giving Guests 3 and 4-night cruises to the Bahamas and a stop at Disney’s Castaway Cay.

Given that Disney will be sailing this brand new ship out of Port Canaveral with quick turnarounds between sailing, it is possible that they wanted to find another port in Florida for their other ship/ships that would be sailing out of the state. That is just our own speculation given the details of the Disney Wish itineraries and Disney has not confirmed this.

Would you like to see the Disney Cruise Line sail out of Port Everglades when they begin sailing again? Let us know in the comments!

Want to plan a vacation with the Disney Cruise Line? We can help — Click here for more information.