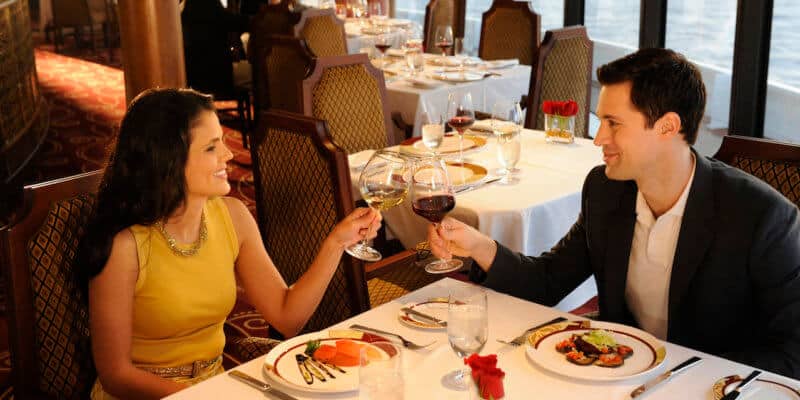 Ahead of a return to sailing, Disney Cruise Line has increased the price increase at Palo, which is the adults only restaurant located on all four of DCL’s existing cruise ships — the Disney Dream, the Disney Fantasy, the Disney Magic, and the Disney Wonder. It has not yet been announced if there will be a Palo location on the upcoming Disney Wish vessel.

Here is what you need to know about the price increases for your next Disney Cruise.

The Disney Cruise Line website confirms the price increases at Palo that will take effect when Disney Cruise Line resumes domestic sailing and, presumably, will be in effect during the “Disney Magic at Sea” staycation cruises for U.K. residents this summer.

While these price increases thankfully are not large jumps in cash, it is still good to know what it will cost to eat at this popular restaurant when you return to cruising!

Related:How To Save Money On Your Disney Cruise Line Vacation

At Palo, which, again, can be found on the Disney Magic, Disney Wonder, Disney Dream, and Disney Fantasy, prices for the prix fixe menus have increased $5. You can see the change reflected on the DCL website.

Previously the prix fixe menu for dinner and brunch at Palo was $40 according to Disney Cruise Line Blog:

Again, not too large of a jump in price, but if you have a large party that extra $5 can really add up! We cannot wait to enjoy Palo once Disney Cruise Line begins sailing once again.

Here is how Disney describes Palo:

Disney is hard at work on the newest ship in their fleet, the Disney Wish. As stated, few details are currently known about this ship, including if Palo will be found onboard or not!

At this time, Disney Cruise Line’s domestic sailings have been canceled through June 2021. It is not yet known when DCL will resume sailings in the United States. Walt Disney Company CEO Bob Chapek previously indicated he was optimistic about a Fall 2021 return, but this will depend on whether or not all of the ships in the DCL fleet have met the requirements of the CDC’s Conditional Sailing Order by that point.

What do you think of this price increase at Palo? Let us know in the comments!

Want to plan a Disney Cruise Line vacation? We can help — Click here for more information.