Samuel L. Jackson Will Forever Say Yes to Marvel and 'Star Wars' - Inside the Magic 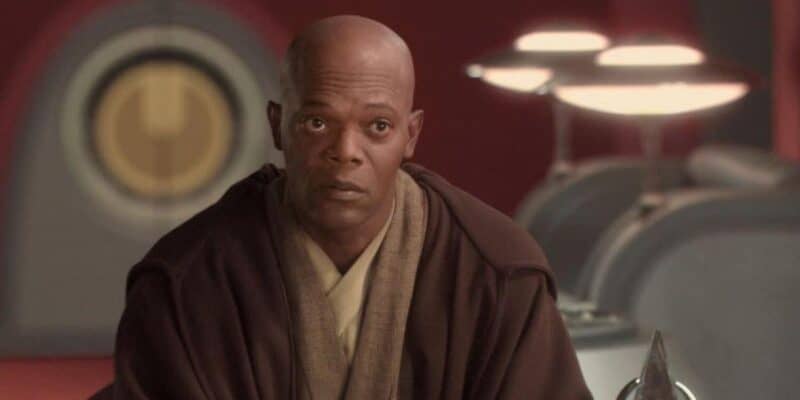 Samuel L. Jackson is always down to return to the MCU as Nick Fury or return to Star Wars as Mace Windu.

The actor has been very busy with a lot of different projects over the past few years. While promoting his newest Apple TV series, The Last Days of Ptolemy Grey, the actor did share how he feels about returning as Mace Windu or Nick Fury in an interview with Collider:

Yeah. I love Nick Fury. Of course. Come on. He’s a guy who has no superpowers, who’s in charge of people who have superpowers, and they let him be. That’s something special about him. He’s a leader of men that are very different, in another kind of way. It’s very satisfying to be a part of a world that I admired for so long when I was a kid. I still buy comic books. I still go to comic book stores. I still read them. But to be able to be that character in that, it’s the same as when I was doing Afro Samurai, or any of those comic book characters. It means something to be part of a cultural canon that people revere and that they respect, in another way.

Jackson continued by sharing how his characters tend to “stick with you” and are always easy to return to when he has to reprise his role:

They all stick with you forever, in a specific kind of way. That’s always a way to tap back into them or to think about them and care about them and love them. But you have to move on to the next story. Storytellers tell stories, and unless it’s part of the same thing, if it’s not Nick Fury, if it’s not Mace Windu in Star Wars, carrying on that particular story, then you move on to the next thing or the next story. If that character’s not part of it, then you have to create a whole new character or a whole new way of thinking about the thing you’re approaching.

For Marvel, this makes a lot of sense as Jackson plays Fury every couple of years. Right now, the actor has been filming his next MCU adventure, Secret Invasion where Fury will face Skrulls trying to take over the world.

Jackson hasn’t played Windu in any major way since all the back in 2005 in Star Wars: Episode III — Revenge of the Sith. Fans have been wanting Mace Windu to return to Star Wars universe for a long time. Jackson has made it clear that Lucasfilm just has to give him the call and he will come back to play the character.

With The Mandalorian Season 3 just about finished, fans wonder if Season 3 will bring the iconic character will have his triumphant return to Star Wars universe. It’s also possible that Jackson could make a cameo in Obi-Wan Kenobi or in Ahsoka as those characters could have flashbacks at the Jedi Temple which is a place fans would love to see more of.

Knowing that Jackson is starting to get old, it seems that now is the best time for the character to go back and play Mace Windu since Jackson isn’t getting any younger and playing a Jedi master like Windu isn’t easy work. The Jedi is known for some physical work as he is acrobatic and known to be one of the best duelists in the Jedi Order.

Hopefully, Star Wars fans will get to see more of Windu soon, but Marvel fans won’t have to worry about Nick Fury leaving the MCU just yet as the actor has been coming back to play the role ever since his first appearance in the post-credit scene for Iron Man (2008).

Do you think Mace Windu will return in a live-action project? Let us know what you think in the comments section below!