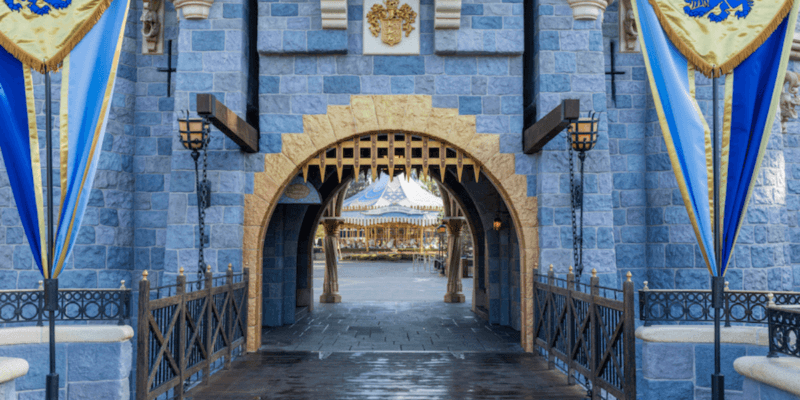 Disneyland Resort officially opened its gates in 1955. At the time, the property was home to only one park — Disneyland Park — with Disney California Adventure Park and the Downtown Disney District added in more recent years.

Walt Disney’s dream was to make Disneyland into a place where parents and children could make magical memories together, and although the asphalt on Main Street, U.S.A. wasn’t even fully dry on opening day, Walt’s dream was realized from the very first moment people set foot inside of the Park gates and saw Sleeping Beauty Castle.

In the intervening 67 years, however, some not-so-magical things have also occurred at Disneyland Park, including the murder of teenager Mel Yorba in 1981. An article about the homicide notes that Yorba found himself involved in a physical fight in Tomorrowland after allegedly “pinching” the rear end of 28-year-old James Driscoll’s girlfriend.

Reportedly, underage Yorba “and his group of friends were heavily intoxicated while enjoying their Disneyland visit,” and when Driscoll demanded an apology, the younger man allegedly punched him in the face.

Although the details of the ensuing fight are somewhat murky, what is indisputable is that, at some point during the altercation — which seemingly involved the two men throwing punches on the ground — Yorba was stabbed twice in the chest.

After the stab wounds were discovered, the aforementioned article notes that:

James O’Driscoll decided it was best to vacate the premises but not before throwing the murder weapon into Sleeping Beauty Castle’s moat and discarding his blood-soaked shirt into the trashcan in the woman’s restroom.

This is where the issues with Disneyland Resort’s response to the unprecedented situation begin. Instead of dispatching first responders from the City of Anaheim, Disneyland officials instead sent a Disneyland-employed nurse, who did her best to attend to Yorba’s mortal injury for about twenty minutes, but was ultimately unable to handle the youth’s injuries on her own.

Per the article, “Disneyland policy at the time did not allow police into the park, as they might shatter the air of fantasy. Regular ambulances were also not allowed into the park for the same reason.”

Due to this, local authorities had to send an unmarked van to transport Yorba to the hospital, where he was later pronounced dead.

Although it certainly cannot be known if Yorba would have survived his injuries if help had arrived sooner, it certainly seems that could have been the case. Regardless, the lack of quick response from Disneyland officials led the Yorba family to file a massive $60 million lawsuit against the theme park.

At the time, a New York Times report shared the following details regarding the situation:

…Disneyland officials said that they would deny any liability.

”We’re not going to settle out of court,” Jack Lindquist, senior vice president of Walt Disney Productions, said at a news conference last week. ”We’re going to take it as far as we can.”

The family of Mel C. Yorba, 18 years old, filed the suit, which charges that Disneyland failed to provide the youth with adequate emergency medical treatment. The suit asserts that Disneyland refused to summon outside paramedics to help the victim and instead relied on its own staff to care for and transport Mr. Yorba to a hospital.

Disney did eventually settle the lawsuit, but it took years of litigation for a resolution between the Yorba family and the Resort to be reached. A 1986 Los Angeles Times article shared:

Lawyers for Disneyland had asked for a new trial after an Orange County jury on July 22 found the Anaheim park negligent in the medical treatment it provided Mel C. Yorba. Jurors fixed damages at $600,000.

Yorba’s mother, Ellen Reynolds, 49, of Riverside and his brother, Mark, now 25, will share the settlement, their lawyer, John A. Luetto, said.

Lawyers refused to disclose terms of the agreement, which precludes possibility of an appeal.

Related: Mother Charged With Murder After Police Find Her Child At A Resort Near Disney

Details about Mel Yorba’s final resting place are available on the Find a Grave website.

Were you aware of the Mel Yorba story?