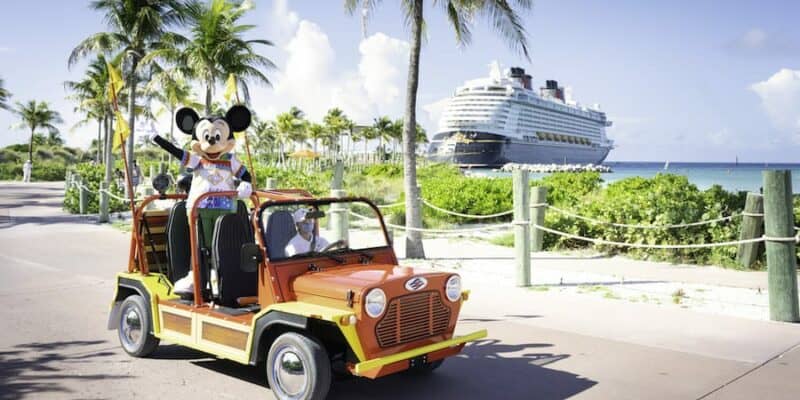 However, in spite of their goal of the ultimate dream vacation, mishaps do happen throughout Disney’s various destinations, and a resurfaced video has shown that even horrifying costume malfunctions can happen on the high seas.

The Disney Cruise Line fleet is made up of the Disney Magic, Disney Wonder, Disney Dream, and Disney Fantasy. While the newest ship, the Triton-class Disney Wish, isn’t boarding Guests just yet, it did recently hit the water, marking a significant forward step into getting the cruise ship into operation.

While Disney Parks have seen a major shift in their own pandemic restrictions, Disney Cruise Line requires Guests aged five and older to be vaccinated against COVID-19 if they are vaccine eligible. This is similar to the requirement at Disneyland Paris, for example, with the European Disney destination requiring all Guests 12-15 to show a valid “Health Pass” and Guests 16+ to show a “Vaccine Pass” while entering the Park. But, like Disneyland Paris, Walt Disney World, and Disneyland Resort, face-coverings are no longer required in most areas (from March 11) onboard the cruise fleet now that mask mandates have been relaxed.

As with any brand of Disney location, Disney Cruise Line is no stranger to entertainment. On the Disney Magic and Disney Wonder, Mickey’s Sail-A-Wave Party!… A Bon Voyage Celebration is shown to celebrate the beginning of the Guests’ adventures on the ocean. Meanwhile, the Sailing Away Deck Party waves Guests off on their Disney Dream and Disney Fantasy cruise itinerary.

The Disney Wish will also get the full Disney magic too with areas themed to Marvel and Frozen, like Avengers: Quantum Encounter featuring a slew of characters from the Marvel Cinematic Universe.

Amid all the excitement of character experiences and live entertainment, malfunctions do occur. And that is just what happened during a Deck Party on a Disney Cruise Line ship. The resurfaced video was shared via EverythingDisney133 on TikTok.

Have you ever BEEN on the Disney Cruise Line ships?

😳😳😳 Have you ever BEEN on the Disney Cruise Line ships? 💬✨ #disney #disneyparks #disneytiktok #mickey #mickeymouse #fail #blooper

The video shows Mickey Mouse as well as other popular costumed Disney animated characters arriving on the cruise deck. Shortly after greeting Guests, Mickey Mouse’s eye pops out of his costume in a scary malfunction. If there is one thing Guests expected to see on their cruise, it is likely not a one-eyed Mickey Mouse.

After continuing on for just a few more seconds, Mickey, who at this point may as well be wearing an eye patch (Ahoy, Matey!) scarpers offstage leaving Minnie Mouse, Chip and Dale, and Pluto to continue entertaining Guests.

This is not the first time a costume malfunction has happened at a Disney destination. Last year, an excitable Minnie Mouse danced her pants off — literally — at Disneyland Paris. Like her beau did on the Disney Cruise Line, the character quickly ran offstage where she likely received aid to rectify her outfit.

As for the Disney Wish, the latest ship to join Disney’s fleet will officially set sail from Port Canaveral this Summer. Earlier this year, the Disney Wish delayed its maiden voyage, shifting the first sailing from June 9, 2022, to July 14, 2022.

Have you ever witnessed a costume malfunction at a Disney Resort or on the Disney Cruise Line? Let us know in the comments down below!