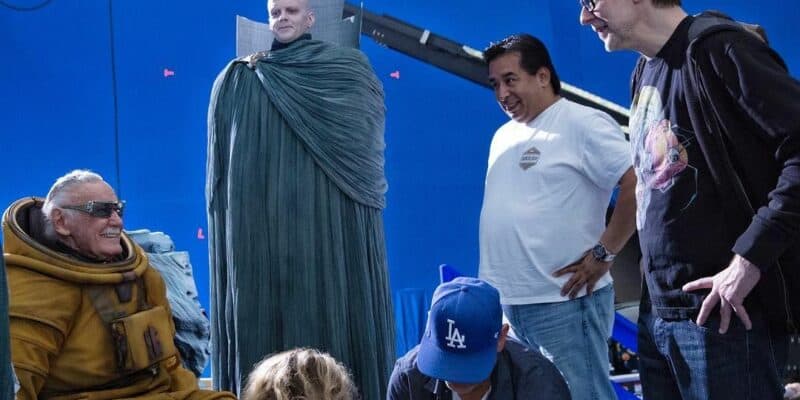 The fan-favorite Marvel and DC director has decided it’s time he should have a role in a DC series.

Gunn has been busy with DC ever since his brief exit with Marvel back in 2019. Now, the director has worked on The Suicide Squad (2021), Peacemaker and will continue to work on other Suicide Squad spin-offs.

The director is currently working hard on Guardians of the Galaxy Vol. 3 (2023) which will be very different from the previous two MCU movies. Gunn has admitted that Peacemaker and The Suicide Squad have influenced the upcoming MCU film for better or for worse. After the director is finished working on Guardians 3, he has plans to jump right back into the DC universe as Warner Bros greenlit Peacemaker Season 2.

During the Reimagining of Iconic Characters for an Adult Audience panel at the South by Southwest festival, co-creator and co-showrunner Patrick Schumacker revealed that Gunn will have a cameo in Harley Quinn Season 3. The animated series focuses on Harley Quinn leaving the Joker to prove what type of person she is as she creates her own team of supervillains.

The first two seasons of Harley Quinn broke the fourth wall countless times just like Ryan Reynolds’ Deadpool. In Season 2 Episode 5,  “Batman’s Back, Man,” the series has two men debating the show’s value while wearing “Release the Snyder Cut” and “The Last Jedi is not Canon” shirts. Schumacker plans to continue with this type of humor as Gunn will be playing himself in the series. As a director, Gunn will be working on his latest film in the animated series which will be focused on Thomas Wayne.

While Schumacker didn’t reveal more about Gunn’s involvement, DC fans can expect that there will be some jokes about Peacemaker and The Suicide Squad thrown in there. It’s even possible that the series will tease Gunn about his work with Marvel.

At the moment, it seems that Guardians 3 may be the last Marvel project Gunn works on as he keeps on getting involved with DC on other projects. Gunn has expressed that he really enjoys the level of creative control Warner Bros gives him as the director can be bolder with his DC projects than with Guardians of the Galaxy.

Here’s an official description of the hit HBO Max series:

Harley Quinn follows Harley’s adventures after she breaks up with the Joker and strikes out on her own in this new, adult animated comedy. With the help of Poison Ivy and a ragtag crew of DC castoffs, Harley tries to earn a seat at the biggest table in villainy: the Legion of the Doom.

Season 3 of Harley Quinn will debut sometime later in 2022 on HBO Max.

Do you plan to see James Gunn in Harley Quinn? Are you excited that Gunn is involved in more DC projects?

Comments Off on James Gunn Wants To Be Stan Lee, Confirms Upcoming Cameo