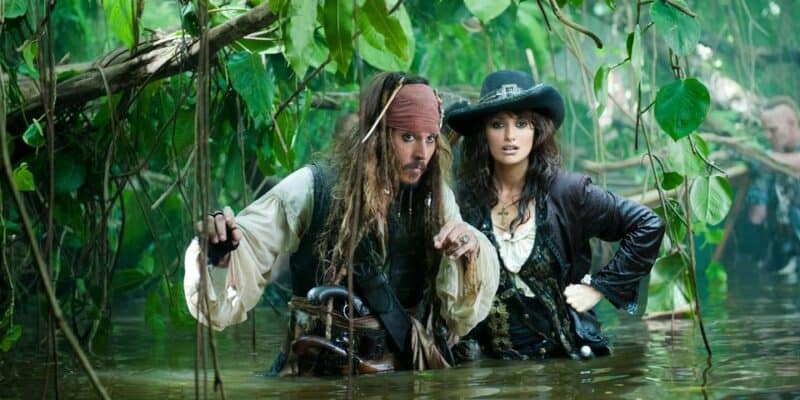 Penelope Cruz (Vicky Cristina Barcelona, Vanilla Sky) made a name for herself among Disney fans as one of the stars of Pirates of the Caribbean: On Stranger Tides (2011).

Cruz made her debut as female pirate Anjelica following the exits of both Orlando Bloom (Will Turner) and Keira Knightley (Elizabeth Swann). However, Geoffery Rush returned as Captain Hector Barbossa and Johnny Depp reprised his iconic role as Captain Jack Sparrow.

Now, Oscar winner Cruz has spoken out about how she is raising her two children with her husband Javier Bardem. The To Rome With Love star shared that she is “very tough” about technology and has banned her little ones, Leo, 10, and Luna, 8, from having social media:

“There is no protection for them, for brains that are still developing and how that affects the way they see themselves, how everything related to bullying, so many things that are not the childhood that we had,” the Golden Globe nominee explained. “[My kids] can [only] watch movies sometimes or some cartoons. How can I not let them watch movies?[Those have] been some incredible moments of happiness since I was a little girl. … [But no phones] until they are much older. And no social media until at least 16.”

Cruz currently has three projects in the works — The 355, On the Fringe, and Spanish-language film L’immensita.

More on Pirates of the Caribbean: On Stranger Tides

The official description of On Stranger Tides reads:

Pirates Of The Caribbean: On Stranger Tides is a tale of truth, betrayal, youth, demise – and mermaids! When Jack Sparrow crosses paths with a woman from his past, he’s not sure if it’s love, or if she’s a ruthless con artist using him to find the fabled Fountain of Youth. Forced aboard the ship of the most feared pirate ever, Jack doesn’t know who to fear more – Blackbeard or the woman from his past.

What do you think about Penelope Cruz’s stance on social media?

Comments Off on ‘Pirates of the Caribbean’ Star “Very Tough,” Bans Kids From Social Media