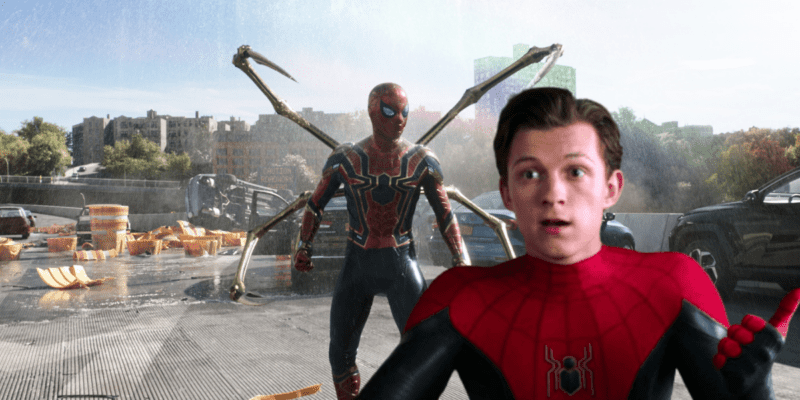 Marvel Studios’ upcoming Spider-Man: No Way Home (2021) has had much anticipation and rumor from Marvel fans, with intense speculation over the plot and cast for Kevin Feige’s upcoming MCU movie.

It hasn’t helped that the official promotional marketing of the movie has been lacking, with only one trailer released so far.

Now, it seems we finally have a poster for Tom Holland’s third titular appearance as Spider-Man.

We only have less than two months to go before Jon Watts returns with the third solo outing for the famous Marvel web-slinger following his successful Spider-Man: Homecoming (2017) and Spider-Man: Far From Home (2019). With rumors escalating among Marvel fans, social media is rife with speculation about the upcoming cast.

The appearance of characters like Doctor Octopus (Alfred Molina) from Sam Raimi’s Spider-Man and Marc Webb’s The Amazing Spider-Man franchises in the leaked trailer last month made fans believe that Peter Parker actors Tobey Maguire and Andrew Garfield will be appearing alongside Tom Holland in No Way Home.

With no promotional poster released, Marvels fans are wondering what Marvel and Sony are trying to keep hidden.

The image shows Peter Parker in the Iron Spider suit from the trailer, with Doc Ock’s tentacles surrounding him. The background appears to show the Multiverse:

The marketing so far appears to be highly focused on the return of Molina’s Doctor Octopus from Tobey Maguire’s Spider-Man 2 (2004).

In June, Walt Disney Studios Marketing President Asad Ayaz confirmed Sony Pictures is “absolutely handling the marketing for Spider-Man. Sony distributes and co-produces with Disney, who co-financed 25% of the budget for a 25% equity stake.

The upcoming Marvel movie will pick up immediately after the events of Spider-Man: Far From Home, as Peter Parker/Spider-Man finds himself in a difficult situation following the reveal of his secret superhero identity to the public and being framed for the death of Mysterio (Jake Gyllenhaal).

Tom Holland’s Spider-Man reaches out to Doctor Strange (Benedict Cumberbatch) with the absence of Tony Stark (Robert Downey Jr.), and unintentionally opens a Multiverse of chaos.

It looks like No Way Home’s second trailer is being delayed due to a dispute between Sony and Marvel, so Marvel fans will have to wait to see if it reveals the first look at Tobey Maguire and Andrew Garfield back in their Spidey suits. Spider-Man: No Way Home will be released in cinemas on December 17, 2021.

What do you think of this Spider-Man: No Way Home poster? Let us know in the comments!

Comments Off on We FINALLY Have An Official ‘Spider-Man: No Way Home’ Poster