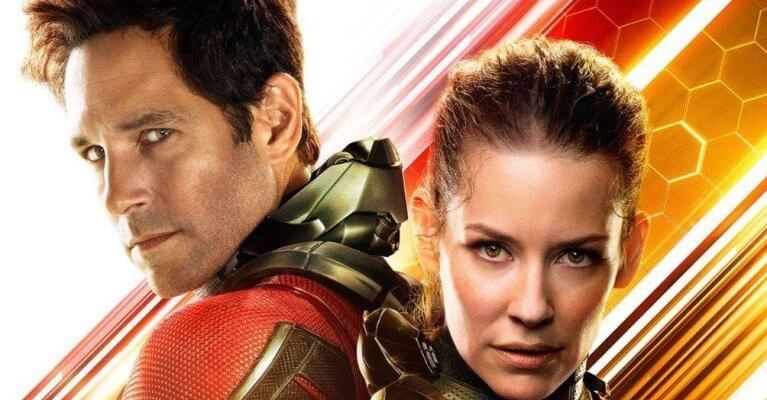 The latest episode of Marvel’s What If…? aptly tilted “What If…Zombies?” takes Marvel fans into one of the most popular Marvel Comics – Marvel Zombies.

There are some striking differences between the episode and the comic book that inspired it. And the best change is introducing a power that MCU fans have never seen Hope Van Dyne AKA The Wasp (Evangeline Lilly) use before.

It’s been a long-running question as to why Scott Lang AKA Ant-Man (Paul Rudd) can become Giant-Man while the Wasp is only ever shown shrinking even though they have the same technology to power their suits.

Hank Pym (Michael Douglas) created the Pym Particles and their suits, and we know that Hank does not approve of using his technology to grow instead of shrink. In Ant-Man and the Wasp (2018), he reveals that he had a falling out with his colleague Bill Foster AKA Goliath (Laurence Fishburne) over this exact issue. Perhaps he never allowed his daughter, Hope, to use the Pym Particles in this way for fear it was too dangerous.

But Marvel Studios has finally given fans the Giant Wasp and luckily it did not take them as long in the Marvel Cinematic Universe as it did in Marvel Comics. Both the Wasp (Janet Van Dyne) and Ant-Man (Hank Pym) were introduced in 1959 in Tales to Astonish #44 by Jack Kirby and Stan Lee. Ant-Man first became giant-sized only five issues later in Tales to Astonish #49.

It took over a decade for Janet to finally become Giant Wasp in 1971’s Marvel Premiere #6 (by Mike Friedrich, Herb Trimpe, and Mike Trimpe), but even then, it was only for one page. She wouldn’t truly become the Giant Wasp until 1998 in Avengers #77 by Chuck Austen, Olivier Coipel, and Andy Lanning, almost thirty years after Hank became Giant-Man.

In Hope’s first Marvel movie Ant-Man (2015), she did not get even get her Pym particle-powered suit until the post credit scene. In that scene, she remarked, “it’s about time.” And fans feel the same one now that she finally showed her power to grow, which Scott revealed in the Marvel Cinematic Universe with his appearance as Giant-Man in Captain America: Civil War (2016).

In Marvel Comics, the original Wasp was the real first Avenger and even came up with the name for Earth’s Mightiest Heroes but she has never really been given a chance to shine in the MCU. The new Wasp has been relegated to a side character in the Ant-Man films despite being shown to be more capable than Scott in every way.

The whole reveal in Marvel Studios’ What If…? is a twist on the Marvel Zombies comic. In Marvel Zombies, Hank becomes a giant-sized monster who captures Black Panther/T’Challa (Chadwick Boseman) to eat him one piece at a time just as Vision (Paul Bettany) and Wanda Maximoff AKA Scarlet Witch did in “What If…Zombies?”

Then, after Black Panther discovers the cure for the zombie apocalypse, the Wasp is the one who ends up as a head in the jar and not Ant-Man.

Hope really gets a chance to shine in this episode, which begins with her parents Janet van Dyne and Hank Pym bringing the virus from the Quantum Realm. She teams up with a ragtag group of survivors Okoye (Danai Gurira), Bucky Barnes AKA the Winter Soldier (Sebastian Stan), Bruce Banner AKA Hulk (Mark Ruffalo), Sharon Carter AKA Agent 13 (Emily VanCamp), Happy Hogan (John Favreau), and Kurt (David Dastmalchian).

Most importantly, is Peter Parker AKA Spider-Man (voiced by Hudson Thames and not MCU’s Tom Holland). Peter gets yet another hint towards a magical upgrade in his future in Doctor Strange in the Multiverse of Madness when he gains Doctor Strange’s (Benedict Cumberbatch) cloak of levitation and Hope tells him that he will “grow into it.”

Marvel’s What If…? released to Disney+ every Wednesday and there are five episodes left for Uatu the Watcher (Jeffery Wright) to guide Marvel fans through all the new alternate timelines that were unleashed in the Loki finale.

The first animated series from Marvel Studios is officially described as:

Let us know in the comments what alternate reality has been your favorite so far and what are you looking forward to next in Marvel’s What If…?