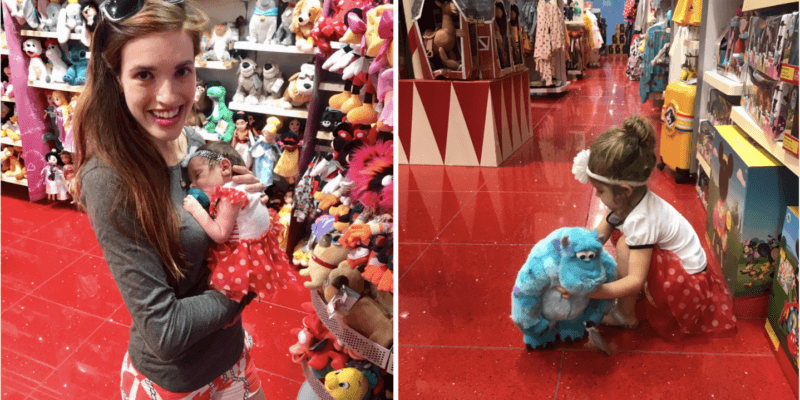 When The Walt Disney Company announced earlier this year that they would be closing approximately 20% of their Disney Store locations throughout North America, many Disney fans were — and remain — devastated.

At the time, Disney’s official announcement read, in part:

Since the original news broke, Disney Stores around the world have continued to close in waves. Recently, the United Kingdom and Canada were seriously impacted in addition to more U.S. Disney Store closures. Even the very first Disney Store location in Glendale, California has been permanently shuttered.

This has prompted fans worldwide to begin asking The Walt Disney Company to reconsider shutting down their retail locations — for many Disney lovers who don’t live near Walt Disney World Resort in Florida, Disneyland Resort in California, or even Disneyland Paris in Western Europe, the Disney Store provides a sprinkle of magic when Disney Parks are far away.

One petition, called “Save The Disney Store” implores Disney to stop closing retail locations everywhere. One commenter, Florica A. echoed many Disney fans’ sentiments about the irreplaceable nostalgia the Disney Store offers Guests of all ages:

The Disney Store was a big part of my childhood. Everytime [sic: Every time] my mom took me to the mall, we would always visit that store. It was my favorite! Please don’t let the Disney Stores close forever!

Another petition specifically related to saving, or bringing back, the Raleigh, North Carolina Disney Store location — which closed in May 2021 — shares details about a Disney pin trading group — and the friendships it spawned — that began at that very retail outlet.

Prior to the closure, one supporter, Sara C., shared, in part:

Children need to be able to connect with the characters and just as children have a difficult time learning online, they CANNOT emotionally connect with the wonderful world of Disney as Walt Disney had envisioned. Children – and people aka parents, adults, and TEENS need that sense of place, the sense of belonging, the sense of connection that can only be achieved through the sense of touch, the sense of smell, and the combination of the aura of the Parks themselves. Therefore for those who cannot afford to go to a Disney Park, they need the Disney Store EXPERIENCE. And that’s what the Stores bring: they bring the Disney EXPERIENCE to that child. My daughter has been coming to the Crabtree Valley Mall Disney Store since she was about 12 months old and she just turned 18. We walked into the Store on Sunday, May 16, 2021 and it was a horrific reveal that this Store is closing on May 19th.

Another petition requests that Disney reconsider the permanent closure of the Disney Store location at Franklin Park Mall in Toledo, OH.

The petition was started by Dustin Perkins, who spoke to local ABC News affiliate, Action News 13. He shared that he grew up going to this particular location, and the report also noted:

He’s a father of six and says he’s more than disappointed over news of its closure. He says, not only is it nostalgic for him, but it’s always an exciting experience for his kids.

“My children look forward to going to this store,” he said. “For a lot of people in the area, this is as close as they can come to Disney.”

For now, Disney Store fans whose stores have closed, or will be closing soon, can visit shopDisney.com. The World of Disney locations at both Disney Springs at Walt Disney World Resort in Orlando, Florida and the Downtown Disney District at Disneyland Resort in Anaheim, California remain open at this time.

Has your local Disney Store closed? Will you be signing or starting a petition?