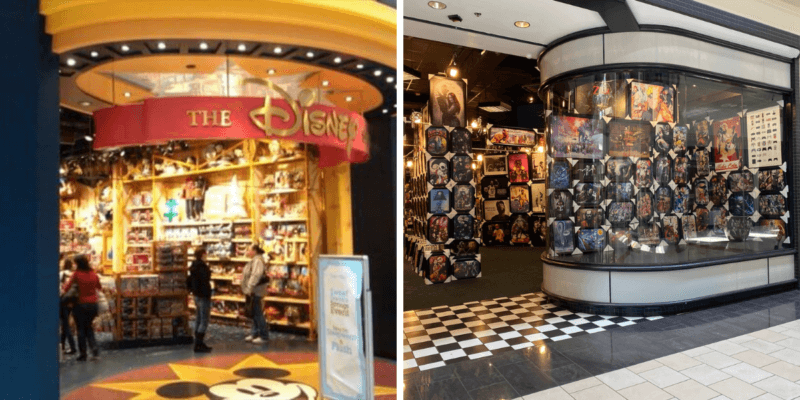 Amid the pandemic, the Walt Disney Company has had to make some tough financial decisions. One of these included closing down several Disney Store locations across North America.

Thanks to social media, we can see that one former Disney Store now has new life as it is transformed into an art gallery!

Many fans have been wondering what could move into the retail spaces that Disney Store locations used to occupy. Well, thanks to one Disney fan @HyperionCeleste on Twitter, we can see that one Disney Store was changed into an Art Gallery, but it retained some Disney charm!

You can see from the Tweet below that the store is packed with pieces of art for sale but still has the same carpet featuring everyone’s favorite pal, Mickey Mouse.

Discovered the fate of my beloved Disney Store

They still had the spot for the plush wall and the old carpet with hidden mickeys……..

They still had the spot for the plush wall and the old carpet with hidden mickeys…….. pic.twitter.com/43ABEXHaMF

As Disney Store locations continue to close it will be interesting to see what other retailers move in to occupy the iconic spaces. The architecture of the Disney Store is iconic and has been ingrained in the minds of Disney fans who frequented them.

Hopefully, as things continue to change there will be little hints of magic left over as in the example above shared by Celeste.

Find out how to see if your local Disney Store is closing by clicking here.

Do you still have a Disney Store open near you? Let us know in the comments!

Comments Off on Closed Disney Store Gets New Life, But Hidden Mickeys Remain!