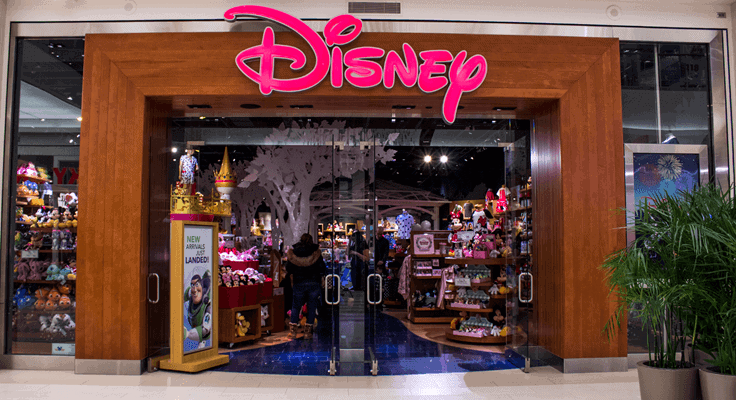 For Disney fans who don’t live near Walt Disney World Resort in Orlando, Florida, or Disneyland Resort in Anaheim, California, visiting their local Disney Store locations brought a dash of magic to everyday life. In recent months, however, The Walt Disney Company has begun shifting its retail model, and the result has been a number of Disney Store closures around the world.

Recently, Disney announced its latest wave of closures, which include more locations in the United Kingdom and Canada — British Columbia will be left without any Disney Stores — and additional store closings within the United States, including the store at Cincinnati’s Kenwood Towne Center and the company’s Honolulu, Hawaii location.

Fans have taken to social media to express their disappointment and many shoppers are devastated.

Chelsie Rukia shared a GIF of a sobbing Alice and wrote:

Hayley is heartbroken over the rumor that all of the U.K. Disney Stores except London’s Oxford Street flagship location will be closing. Disney has not yet confirmed this information, but it’s obvious that Disney lovers are extremely sad about the news if it does turn out to be true:

So sad that all Disney Stores in the U.K.except London will be closing. Nothing beats the real life shopping experience and now children will grow up without the magical memories these stores bring

So sad that all Disney Stores in the U.K.except London will be closing. Nothing beats the real life shopping experience and now children will grow up without the magical memories these stores bring ? #disneystore @shopDisney

Zoey reminisced about working at the Disney Store and begged Disney to reconsider their decision to continue shutting down retail outlets:

…[bought my first] item a little Simba toy (still have all the receipts and bags) from the Derby store and worked in a store for a couple of months during Christmas. Going to miss them so mutch. Lots of love and hugs #thankyoudisneystore #pleasedontclose #disneystore

item a little Simba toy (still have all the receipts and bags) from the Derby store and worked in a store for a couple of months during Christmas. Going to miss them so mutch. Lots of love and hugs #thankyoudisneystore #pleasedontclose #disneystore

Carly JoAnn shared many Disney fans’ sentiments. She is saddened by the fact that she will no longer be able to experience a touch of Disney magic without visiting a theme park:

Found out that the last Disney Store in CO is closing ? I know we always have @shopDisney but I love getting a taste of the magic at home ?#disneystore

Related: As Disney Stores Continue to Close, Fans Speak Out

Inside the Magic readers are also devastated by the news of Disney’s continued store closures. Upon learning that the very first Disney Store will be shutting down, Linda shared:

Just another company doing away with jobs for the almighty dollar. Not everything can sell e-commerce!!! They are taking away the fun of retail and making people more like robots! Sad!!!

Another reader, Kathy, shared that she has been concerned about how Disney Stores would remain open since she worked at one:

The Magic is gone and unfortunately has been for several years. I was a manager for 7 years and could see it coming. It saddens me to see it closes.

Finally, Jenn pointed out that people who don’t enjoy online shopping are now going to have trouble getting the Disney merchandise they crave:

It’s very sad to me. Every store that closes is one less place to enjoy “The Magic”. I personally hate online shopping & refuse to do it. With one less store available then that’s less shopping for me.

At this time, it does not seem as though Disney will reconsider permanently closing many of its Disney Store locations worldwide, despite fans’ objections. Remember, you can always find Disney magic online at shopDisney.com and at Disney theme parks around the globe.

What do you think about Disney’s decision to continue closing stores around North America and the world?