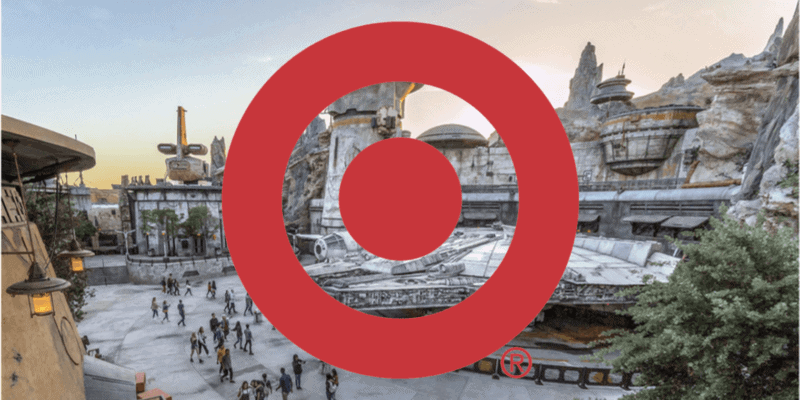 About a month ago, rumors started swirling that Star Wars fans might soon be able to purchase merchandise from Blackspire Outpost without going all the way to the Outer Rim. In fact, they might just have to travel to their nearest Target store.

Yesterday, Target seemingly confirmed these rumors on social media. The popular retailer took to Twitter to share a short video of a chest slightly opening to reveal what looks to be a 709th Legion “Red Fury” Stormtrooper figure.

The Tweet revealed little else about the Target x Star Wars: Galaxy’s Edge collection, but did have a stamp in the bottom righthand corner that features the Galaxy’s Edge logo and the word “Transported.”

Target hasn’t released any more official details about their upcoming Galaxy’s Edge collaboration, so it is not yet known if it will include Disney Parks products or a completely new merchandise series.

The items in the Target x Galaxy’s Edge collection also haven’t been revealed. In the teaser, it is clear that Galaxy’s Edge figurines will be sold on Target shelves, but whether or not there will be Galaxy’s Edge apparel, droids, and plush toys remains to be seen. Fans will have to wait on an official announcement from Target and Disney.

What is the Star Wars fandom saying?

Unsurprisingly, the Star Wars community has already started voicing its collective opinion about Galaxy’s Edge x Target products online. In a Reddit thread dedicated to the upcoming collaboration between Disney and the megastore, fans are discussing all sorts of rumors, including the possible introduction of a build-a-droid chopper.

Reddit user @Scarlett_Jedi speculated on the types of droids that may be available at Target, writing:

They [the Target droid collection] will be like 2-3 inches tall only. No way Disney would put the exact merch they sell at Galaxy’s Edge in Target. Part of the draw to the park is the merch. I’ll be glad when I can go back to Galaxy’s Edge to build my droid. I’m patiently waiting. Florida now has about 80K active rona cases so ima sit tight until September if not October.

Another user on the thread, @The_Flying_Sausage, questioned Disney’s choice to release a Captain Cardinal helmet, which is one of the rumored Galaxy’s Edge products:

I have wanted a Black Series First Order trooper helmet for a long time, but it seems like a questionable decision to go with Captain Cardinal considering he’s a secondary character from two (I think) books. How hard can it be to give us a regular First Order Stormtrooper Helmet? Or better yet, a Black Series Phasma helmet?

Ultimately, the entire Star Wars community will have to wait to see exactly what Disney and Target have in store for this exciting collaboration.

Are you excited about the upcoming Target Galaxy’s Edge merchandise collection? We can’t wait to find out more!