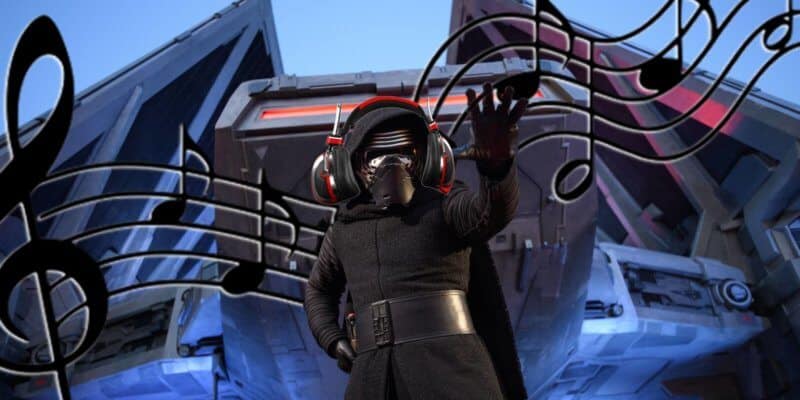 Ever want to hear your favorite tunes, news, and sports updates from a galaxy far, far away? Well, if you haven’t yet heard, there is a radio station for that inside Disneyland’s Star Wars Galaxy’s Edge themed land.

The radio station has been playing in select locations throughout Galaxy’s Edge at the Anaheim park and has offered guests pop music, droid battles, dejarik tournaments, and outlawed podraces played on a continuous audio loop. One place Guests can hear the Black Spire radio station BSO 401.72 is inside the Star Wars: Galaxy’s Edge bathrooms at Disneyland!

But now, new details are emerging around the radio station, BSO 401.72, as OC Register recently reported there is a new Star Wars book from Lucasfilm and Walt Disney Imagineering. The book titled “Traveler’s Guide to Batuu” will serve as an “in-world travel guide to the Black Spire Outpost village on the Star Wars planet of Batuu”.

In fact, “Traveler’s Guide to Batuu” offers several different recommendations to travelers coming to Batuu on where they should eat, where they can shop for their favorite merchandise, and even where travelers can sightsee and people watch during their next visit to Galaxy’s Edge! The new book also provides fun facts and backstories of the Star Wars characters as well as locations within the Galaxy’s Edge.

“The station’s DJ, Palob Godalhi, is the closest thing Black Spire has to a local celebrity,” according to the “Traveler’s Guide to Batuu.” “Stick around a while to hear the latest news, some favorite music, and more.”

DJ Palob Godalhi is an anagram of Pablo Hidalgo, a Lucasfilm creative executive who was heavily involved in the creation of the backstory for Galaxy’s Edge. The Palob Godalhi character first appeared in the 1998 Star Wars novel “Rebel Dawn.”

“Even though it has been outlawed, you can tune in to a podrace on the local radio station BSO 401.72,” according to the book. “The Rawani Cup is broadcast from the city of Baroonda, hosted by Bakk and Zico.”

As exciting as this news is for the Star Wars-themed land, it is true that Disneyland guests cannot currently enjoy this space-themed content due to the theme park resort’s temporary closure.

At this time, it is not known when Disneyland Resort will be able to reopen to park guests due to the current pandemic.

What are your thoughts on the new book “Traveler’s Guide to Batuu”? Let us know in the comments!