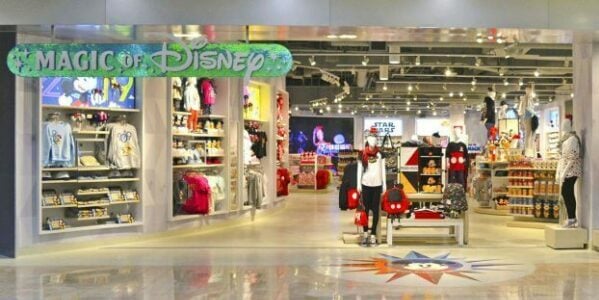 As many theme parks and venues reopen around the United States, it seems as though life is returning back to normal as we continue to fight the worldwide pandemic.

For many Disney Guests, having Disneyland Park and Disney California Adventure back in their life feels surreal after a year-long closure. But many Disney fans are mourning the loss of a huge piece of Disney history as many of the Disney Stores are closing.

We asked our readers how they felt about this change as well as how they feel about having to now shop online, and the response we received was shocking.

Disney Parks, Experiences, and Products announced in March that at least 60 Disney stores across North America were shutting down due to the pandemic and downfall in sales. Not only were 16 states across the United States affected, but two Canadian Disney Stores as well.

A month after the huge announcement, Disney notified Canadian Disney fans that, in fact, all Disney Stores in Canada would be shut down by the summer.

Disney will remain flexible in its approach and continue to evolve its retail strategy to best meet the needs of consumers when and where they want. Guests will continue to have access to Disney shopping experiences in 600+ Disney Parks stores, shop-in-shops, lifestyle and outlet locations, as well as third party retailers around the world.

In the meantime, Disney shoppers can still visit many Disney Stores around the Disney Parks in Walt Disney World and Disneyland Resort including World of Disney located in Downtown Disney District in California and Disney Springs in Florida. Keep in mind that many Disney fans who do not live near these shopping locations are forced to shop online now.

To some, this change is unfortunate as a bit of our childhood and traditions of visiting the Disney Store with our family will soon become just memories. We asked our viewers how they felt about their local Disney Store closing and if it had a huge effect on them.

We then asked Inside the Magic viewers how they felt about the latest news and if they were upset about Disney Stores closing. Our viewers chimed in and had a lot to say about Disney’s decision to shut down.

One Inside the Magic fan, Jaime R. (@jaime.riviere) explained:

I am extremely sad. Having a bit of Disney magic in every city of the world will be missed.

I’m extremely upset! I loved the outlet in Houston. It made Disney close to home for me.

Another follower, Kevin T (@itskevintieu) said he is upset by this change as well:

Definitely sad it was my childhood always seeing it.

Not only did fans from the states express their views on this change, but many Canadian Disney fans are upset that they now have to pay extra for Disney magic.

ITM reader Nancy recently comment on one of Inside the Magic’s articles, saying:

Canada does not qualify for free shipping on ShopDisney. Canadians pay shipping and handling and then once the parcel arrives they pay the duty/customs fees.

Shipping charges to Canada on ShopDisney are ridiculous. Shipping costs more than most items and unlike other sites the the cost doesn’t go down when you buy more. I really hope they start offering free shipping to Canadians now that they are closing the stores. I have no issue shopping online just not willing to pay a premium.

Another ITM follower, who goes by the handle of @eem_eem888, explained:

So upset! They don’t ship half of their merch to Canada. Such a disappointment.

I agree with a lot of the comments for those of us that live here in Canada. My family loves going to the Disney Stores either at Limeridge, Square One or Toronto Eaton Centre cause it’s the first store we always hit when we arrive. Why shut down all the Canadian stores when their the most popular ones here in Canada. If you lower the free shipping fee to spending $50 then maybe we might shop & also get rid of your duty/custom fees & maybe put a Canadian Disney online store for us Canadians.

We sympathize with so many Disney fans and especially Cast Members in North America and across the globe who have to say goodbye to their local Disney Store. Will this change bring more customers to buy online on shopDisney? Will Disney decide to lower their free shipping fee from $75 to a more reasonable charge now that Disney Stores are unavailable? And will Canadian Disney fans be able to shop for merchandise on a shopDisney.ca website?

Only time will tell what will come of the future of Disney shopping, and all we can do is hope for the best!

What do you think? Should Disney offer free shipping on any order and not just over $75? Will you shop online now or are you done with Disney merch? Let us know in the comments below!