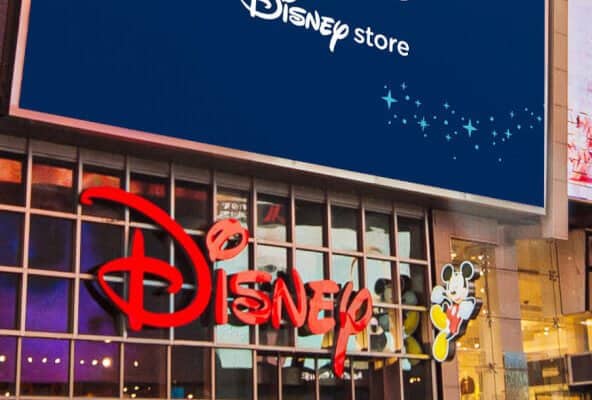 Today, The Walt Disney Company announced that they will be significantly reducing the number of Disney Store locations nationwide as they focus more on e-commerce.

At this time, it is not known which Disney Store locations in North America will be closing. Disney has also not yet disclosed details about how many Disney Store Cast Members will face termination due to these retail closures.

What’s next for Disney retail?

It is worth noting that Disney’s announcement confirmed that Disney Parks Guests will “continue to have access to Disney shopping experiences in 600+ Disney Parks stores, shop-in-shops, lifestyle and outlet locations, as well as third party retailers around the world.”

This is encouraging news, especially for shoppers in the United States who don’t live near Disneyland Resort in California or Walt Disney World Resort in Florida and, therefore, rely on the Disney Store for a dose of everyday magic!

Furthermore, last year, Disney and popular retailer, Target, entered into an agreement in which Disney “store-in-store” shops were added to multiple Target locations around the United States.

It is not yet known if this project will continue to expand with the closure of dozens of Disney Store locations.

Furthermore, Disney has not officially shared what will happen to international Disney Stores, such as the retail establishments in Paris, Rome, London, and other world capitols.

Disney Stores around the globe are known for selling a wide variety of merchandise, such a plush toys featuring iconic characters like Mickey Mouse and Minnie Mouse, various apparel for the whole family, and housewares that every Disney fan needs to create a magical home.

As Disney’s announcement stated, brick-and-mortar shopping at Disney Parks will remain very much the same as it always has.

Guests can also still enjoy the World of Disney locations at both the Downtown Disney District in Anaheim, California and Disney Springs in Orlando, Florida.

Do you think your family’s favorite Disney Store location will make it through these closures?