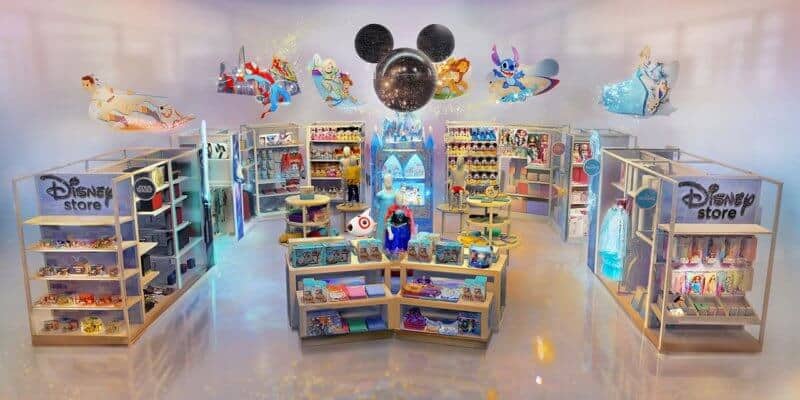 Target and Disney have officially joined forces, and we can finally shop for all the Disney items we’ve ever wanted without leaving our hometown! Today, October 4, dozens of Disney shops are opening inside Target stores nationwide.

As we previously shared when it was announced at D23 Expo earlier this summer in Anaheim, Target and The Walt Disney Company have partnered together to bring some Disney magic to Targets all across the U.S. Disney and Target announced back in August that Disney stores would open inside 25 Target stores nationwide on October 4, 2019. An additional 40 Target locations will be getting Disney stores inside them by October 2020.

As of today, here’s the list of the 25 Target locations that opened miniature Disney stores today:

Having miniature Disney shops inside Targets across the country is a definite game changer. Target has previously been known as the one-stop shop for Disney merchandise for fans who don’t have a Disney Store in their local mall. And now that dozens of Target stores nationwide are getting their own Disney shops, fans who don’t live near a Disney Store or the Disney Parks don’t have to travel far to experience some Mickey Mouse magic and pixie dust.

Target and Disney are following a “shop-in-shop” layout, with each of the Disney stores taking up an average of 750 square feet near the kids and toys sections. They will carry over 450 items, including things that were previously only sold online, collectible merchandise, and even Disney Parks merchandise.

To explore your Disney Store at Target, visit the official website here.

Is there a new Disney Store at the Target in your hometown today? Let us know in the comments!