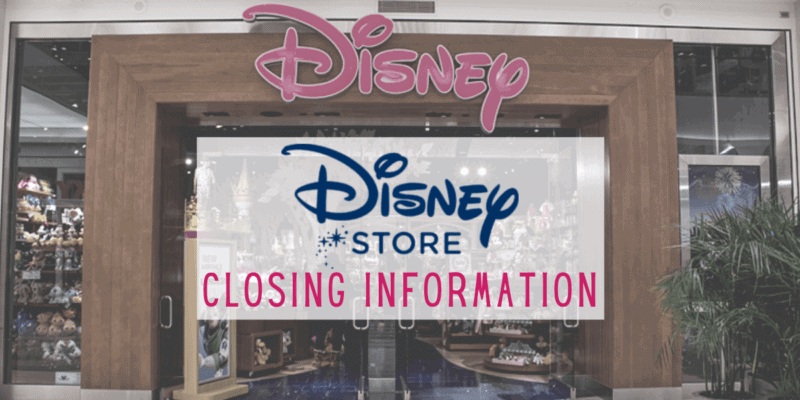 Dozens upon dozens of Disney Stores are shutting their doors this year, and fans all over the world continue to mourn the loss of one of their homes away from home. But how can you figure out if the Disney Store near you or your favorite Disney Store location is closing? Here’s what you need to know.

In 2021, The Walt Disney Company announced that over 60 Disney Stores across North America would be gradually closing this year. Soon after, the company shared that even more stores around the world — specifically most of the stores across Europe — would be shutting their doors, as well. This is all related to Disney’s prioritization of online shopping as well as the addition of smaller Disney Stores within Target stores in the United States.

However, for those who look forward to the magic of shopping at a Disney Store in person, don’t have a Target near them, or cannot afford to pay high shipping fees when shopping online, the closure of Disney Stores and the prioritization of shopDisney doesn’t come as great news.

Not to mention, there are many longtime Disney fans who consider Disney Stores to be a home away from home. Some are Disney Cast Members who will be losing their jobs at the company because their Disney Store is closing. Others enjoy visiting the Disney Store because it is the closest thing they can get to a Disney Park — whether that is because they live far away from the Disney Parks or they cannot afford to visit regularly.

At this time, not every Disney Store is closing, but more information regarding which stores are shutting their doors continues to be released.

Is Your Disney Store Closing?

If you want to figure out if the Disney Store near you is closing, here’s what you need to do.

Go to the official shopDisney/Disney Store website, shopDisney.com. From there, scroll to the bottom of the page and click Store Locator & Events, or follow this link here.