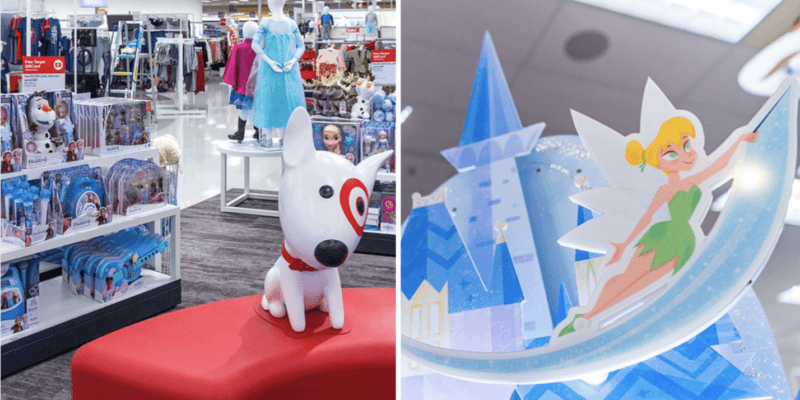 Last year, Target announced a “shop-in-shop” collaboration with the Disney Store. This saw 25 Target stores around the United States receive in-store Disney Store areas that featured over 100 pieces of merchandise. The merchandise was previously only available at Disney-owned locations with 450 items altogether.

According to Target’s original press release about the Disney Store partnership:

Disney store at Target locations are a Target-operated, branded “shop-in-shop” layout with an average of 750 square feet, strategically located inside Target stores adjacent to kids clothing and toys. Additional locations will be added to more Target stores over the next year to expand the Disney store retail footprint and meet Disney fans when and where they want to shop.

Now, it appears that Target has begun quietly installing Disney shop-in-shops at more Target locations. On Twitter last night, user Maddie Henry (@mhenryxoxo) shared these photos of the store (Target #1481) where she works in Evansville, IN.

Our Disney shop is officially up ? get all your Disney favorites now at a @Target near you ? #T1481 #Disneyland @Tlbell21Keith @Neilussjfk @Ryan9Perry pic.twitter.com/b3LwNGj4Gl

The original product line at the Disney Store in Target included lots of Star Wars and Frozen items due to last fall’s theatrical releases of Frozen II and Star Wars: Episode IX – The Rise of Skywalker.

From Maddie’s photos, we see that today’s merchandise includes more classic characters, such as Stitch, Thumper, and Minnie Mouse.

According to Target’s original announcement, 40 Target stores (in addition to the original 25) were supposed to be receiving Disney Store “shop-in-shop” sections by October 2020. A list of these 40 Target locations has not been released, but Evansville was not on the original list.

The 25 test stores for the Target and Disney Store collaboration were:

What do you think about the Disney Store at Target coming to more locations this year? Have you visited your local Target to see if you’re one of the lucky 40 new stores?