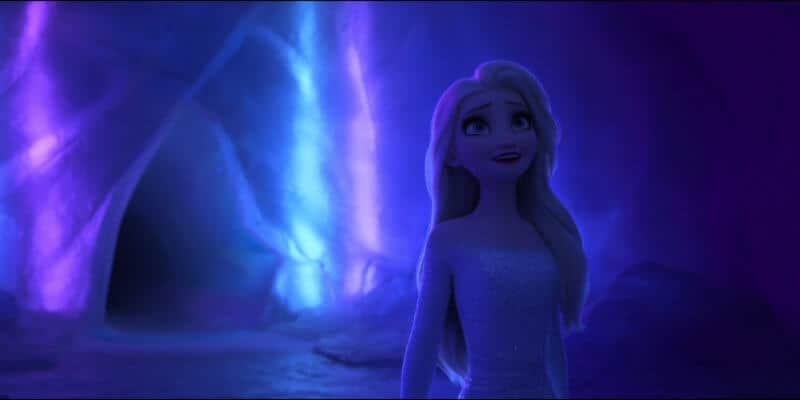 The soundtrack for Disney’s record-breaking animated film Frozen 2 has officially been #1 on the Billboard charts for the fifth-longest-run in history.

Frozen 2 is officially the 5th longest-running number 1 in the history of Billboard’s Soundtracks Chart! The soundtrack has had 4.4 billion global streams and is platinum-certified in the United States.

This soundtrack, created by Kristen Anderson-Lopez and Robert Lopez added unforgettable songs to the Disney library such as “Into the Unknown,” “Show Yourself,” and “Lost in the Woods.” And the songs found a permanent place in the hearts of Disney fans thanks to a film brought to life by Directors Jennifer Lee and Chris Buck, Producer Peter Del Vecho, and a returning cast that featured the voices of  Idina Menzel (Elsa), Kristen Bell (Anna), Jonathan Groff (Christoff), and Josh Gad (Olaf).

Frozen 2 songs have been covered countless times, including in American Sign Language.

Watch: VIDEO: Frozen 2’s “Into the Unknown” and “Show Yourself” in Sign Language (ASL)!

But this is only the latest milestone for Frozen 2. Earning over $1.3 billion at the global box office, the musical became the highest-grossing animated movie of all time and Walt Disney Studios’ sixth 2019 release to earn over $1 billion at the box office.  And this news comes shortly after Disney had to close Frozen on Broadway due to the global pandemic shuttering theaters for several months.

Frozen 2 is now available for streaming on Disney+, as well as its predecessor, Frozen, and a new short film featuring Olaf. Disney will also be releasing a documentary series that takes fans behind-the-scenes of the making of Frozen 2, called “Into the Unknown” Making Frozen 2, on Disney+ on June 26, 2020.

Are you surprised Frozen 2’s soundtrack has stayed at #1 for so long? Where does Frozen 2 rank among your favorite Disney animated films? Let us know in the comments!