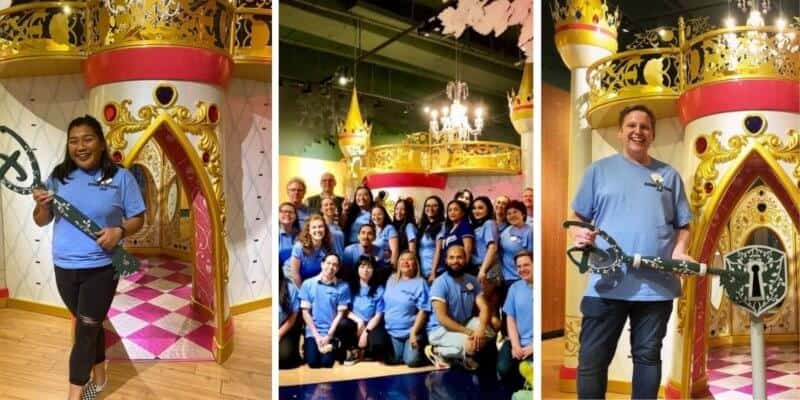 Many of us may remember going to our local Disney Store for the first time and never wanting to leave.

For many, the Disney Store is like a home away from home when we cannot be at the Disney Parks. From the fantastic Cast Members to the overwhelming amount of Disney merchandise to the screens playing Disney cartoons and more, the Disney Store always leaves Disney fans walking out with a smile, even if they do not purchase anything.

Because of that, it has been unfortunate to see so many Disney Stores shut their gates for good after the Walt Disney Company announced that many locations would be retiring. Although every store is special, one store, in particular, has been very tough to say goodbye to. The Glendale Galleria Disney Store was the first-ever Disney Store that opened in 1987, and although it moved locations in the mall, the mall was still home to a prominent piece of Disney history.

The store announced that it would be closing on July 14; however, it seems that the shop has closed its gates earlier than expected. TheCaliBae (@thecalibae) posted a photo of the Disney Store with its doors officially shut on Instagram.

Cast Members that worked at the store have also taken to Instagram to share their farewell with the location that brought magic to so many. Jordan (@joordee) said goodbye after working at the location for three years.

it pains me to write this but here goes. last night we took our final bow and closed our doors to the public. I still can’t believe it, my home of 3 years is gone. not being able to see my friends everyday is going to be tough, but I’m thankful for all the memories and experiences I’ve had with each and every one of my fellow cast members. I’m grateful for all the laughs, smiles, tears, and memories we’ve shared together, and will cherish them forever. thank you for all the pixie dust, and for sharing the magic you all have, with me. ?✨ this isn’t goodbye, it’s a see ya real soon.

Logan (@whatdoyousuppose) was also sad to say his goodbye.

The first Disney Store 301 was such a special place. I am so lucky to say that I was part of this amazing team for almost 3 years. My fellow cast members have helped build my confidence, and they always believed in me and pushed me to be my best self. My heart is broken to see this store close, but I am so blessed to be leaving with so many new friends and ALL of the amazing memories from my ambassadorship, events, and talking with our regulars. Thanks for being part of my world 301!

From the heartfelt statements that both Cast Members have made online, it is clear that this Disney Store was a special place to many, and the memories made will last a lifetime.

What do you think of all of the Disney Store closures that have been ongoing over the past few months?