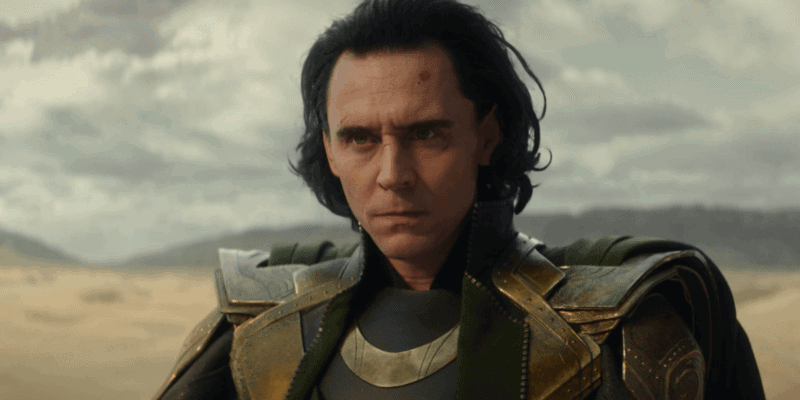 Marvel’s Loki series streaming on Disney+ is reshaping the Marvel Cinematic Universe more with each new episode than most Marvel movies did in a couple of years. While Avengers: Endgame (2019) showcased each Infinity Stone like never before, Loki literally tosses them to the side and continues to impact the MCU timeline. As a result, fans could be meeting new heroes and villains before the season is over.

There’s so much going on in Loki with new characters and the Time Variance Authority (TVA) that it’s easy to get lost in the mix. However, teasing the Time Keepers and stating that Infinity Stones are used as paperweights by TVA agents has shifted Marvel’s approach to storytelling. So much so that now they’re one step closer to introducing the Multiverse.

Where Loki fits in the MCU timeline

As we learned in the first episode of Loki, the TVA picks him up in 2012 — the same year that Avengers (2012) takes place, when Loki attempts to invade Earth with the Space Stone. We also learned that these events took place on Earth-616 (the Sacred Timeline).

As we saw in Avengers: Infinity War (2018), Loki died at the hands of Thanos on Asgard as the God of Mischief attempted to assassin the planet killer. Loki, in fact, is dead, but only in the year 2018. In Avengers: Endgame (2019), in 2023 (five years after Infinity War), Tony Stark/Iron Man (Robert Downey Jr.) cracks the time travel code and brings back his fellow Avengers to various points in time to retrieve the Infinity Stones.

Iron Man, Captain America (Chris Evans), Ant-Man (Paul Rudd), and the Hulk (Mark Ruffalo) go back to New York in 2012 to retrieve the Space Stone/Tesseract. Unfortunately, in the mix of getting the stone and then dropping, the 2012 Loki sneakily steals it and is transported to the Gobi Desert (as we saw in the opening of Loki).

When Loki picks up the frost giant’s story two years after Endgame was released in theaters, this Loki found by the TVA in the desert is the same Loki from 2012’s Avengers. He is then taken to the TVA, where time does not exist.

He hasn’t helped destroy Asgard in Thor: Ragnarok (2017) or met Doctor Strange, nor has he died. So, while this isn’t the same Loki from Endgame, it is the same superhero from Earth-616.

How Loki changes the MCU timeline in the series

Earth-616 is so important due to the Time Keepers allegedly prizing this particular timeline as the mainstream that affects others. If this timeline goes array, as it did at the end of episode two of Loki, the Marvel Universe as fans know it would be greatly impacted.

Without a doubt, any alternate timeline is experiencing a major malfunction.

At the moment, we haven’t there isn’t too much information about the Multiverse present in Marvel movies or series, but shows like WandaVision (2021) and films like Doctor Strange (2017) have given every Marvel fan a hint or small rundown about this important subject.

Loki is shoving the Multiverse in our faces, as the Sacred Timeline shows numerous branches sprouting from it at the end of Episode 2 once Sylvie (Sophia Di Martino) blows it up.

While Loki is jumping from timeline to timeline with the TVA, we haven’t seen an alternate universe yet — where variants of the same character exist. So while many Marvel fans assumed that WandaVision opened the Multiverse or Doctor Strange in the Multiverse of Madness (2022) would introduce it, Loki’s footprint in each new episode could most likely set up the Multiverse.

On top of this, Loki is also setting the stage for Marvel’s newest villains: Nightmare and Kang the Conqueror. Nightmare is the main antagonist in Doctor Strange in the Multiverse of Madness (2022) and most likely pulled strings in WandaVision.

Kang the Conqueror is Marvel’s time-traveling super villain that uses his knowledge of the future, ensuring everything that’s supposed to happen unfolds in its preordained time. His character is reportedly the main villain of Ant-Man: Quantumania (2023).

As revealed in episode three of Loki, the Time Keepers did not create the TVA agents, but rather brainwashed variants and made them work for the TVA. These three figures could, in fact, be Kang the Conqueror, as Judge Renslayer (Gugu Mbatha-Raw) in Loki is Kang’s love interest in the Marvel Comics.

This same comic accuracy for characters happened with Agatha Harkness in WandaVision when fans compared Kathryn Hahn’s live-action outfits to Agatha’s in the comics. So, there’s a high chance Renslayer is connected with Kang, and the two are controlling Earth-616 and alternate universes behind people’s backs.

Ravonna Renslayer/Judge Renslayer is the only TVA individual to have met the “Time Keepers” and sits directly in front of one head of a Time Keeper in Loki‘s premiere that looks incredibly similar to Kang’s iconic facial features.

Renslayer could be the only TVA agent who’s not brainwashed and fully conscious, revealing that Kang is indeed the villain in Loki and helping introduce the Multiverse.

The chances of actually seeing Kang the Conqueror by the finale of the limited series is slim while seeing more hints of Nightmare are even slimmer. Marvel is most likely building up these characters’ reveal that will be shown in a feature film, not on a streaming series.

Nonetheless, the Time Keepers’ jobs are to ensure that alternate timelines do not clash, but we’re sure to see a breached reality as Loki continues to draw the universe off its path.

Marvel keeps fans on their toes, as they assumed Pietro Maximoff/Quicksilver (Peter Evans) in WandaVision was the same for the X-Men franchise. But, not to worry, Loki is here to set the stage for the Spider-Verse and even the return of Iron Man.

How do you think Loki will affect the MCU timeline? Let us know in the comments below!

Comments Off on How Does Loki Impact the MCU Timeline?