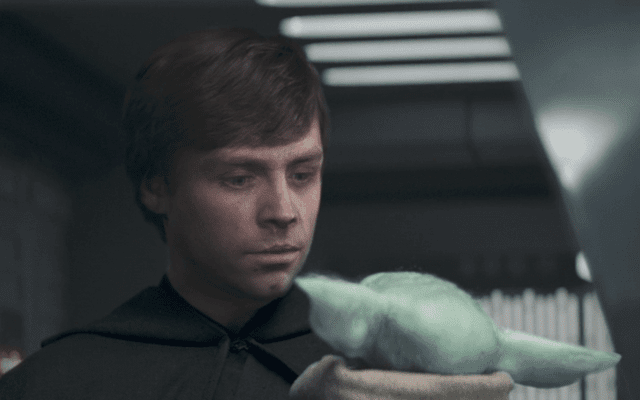 There is only one Luke Skywalker. When Mark Hamill brought the young loveable Jedi to the big screen back in 1977, he helped launch a worldwide phenomenon. Star Wars by George Lucas spawned an entertainment empire that is still going just as strong over 40 years later.

Luke was made famous by Hamill, who was relatively unknown at the time, and went on to star as the iconic Jedi in many of the Star Wars Skywalker Saga movies including the original trilogy and the sequel trilogy which began with Star Wars: The Force Awakens (2015) — The Walt Disney Company’s first Star Wars feature film outing since its Lucasfilm takeover in 2012.

In the Star Wars original trilogy, Luke plays a vital role in establishing balance to the Force and aiding the Rebellion in their efforts to destroy the Galactic Empire and oust its leaders, Darth Vader (Dave Prowse) and Emperor Palpatine (Ian McDiarmid). Luke joins the roguish Han Solo (Harrison Ford) and his companion Chewbacca (Peter Mayhew), alongside Carrie Fisher’s Princess Leia Organa to lead an assault on the Empire that spans the events from Star Wars: Episode IV – A New Hope (1977) to Star Wars: Episode VI – Return of the Jedi (1983).

It would be the sequel to the original movie — Star Wars: Episode V – The Empire Strikes Back (1980) — that would take the Star Wars franchise to darker territory. With betrayal at the hands of friends, the crew of the Millennium Falcon hunted by Darth Vader and bounty hunters including the fan-favorite, Boba Fett, and one of the biggest, most devastating reveals in cinematic history, The Empire Strikes Back is still to this day, considered as one of the best movies of all time.

One intriguing factor to consider when watching The Empire Strikes Back is — what happened to Luke’s hand? Star Wars fans will remember the lightsaber duel between Luke Skywalker and Darth Vader, that ultimately leads to Luke’s hand being sliced off and that “I am your father” reveal.

Viewers never got to see where that hand ended up. And judging by Luke’s status as someone who has the potential to bring balance to the Force, it’s a wonder why no one thought that Luke’s severed hand could possibly lead to an unexpected outcome. Especially, when the Star Wars universe has a history of cloning…

Did someone say clones?

A character from the Star Wars Legends — the franchise’s non-canon line — is Luke Skywalker’s evil clone, Luuke. In “The Thrawn Trilogy” by Timothy Zahn, it is revealed that Emperor Palpatine created a Dark Jedi clone of Jedi Master Jorus C’baoth, called Joruus. This evil Jedi then went on to create a clone of Luke Skywalker using the hand that Darth Vader had recovered after the events of The Empire Strikes Back.

So, what? This is a Legends story, therefore Luuke may never come into the Star Wars canon anyway… or can he?

In a new issue of Marvel Comics “Star Wars: Darth Vader” (Issue #11) a key moment involving Vader and his son’s hand is highlighted within the story. The Marvel Comics Star Wars stories are part of the expanded canon and thus involvement of Luke’s hand may be a hint at the possibility of Luke’s evil clone twin making an appearance in Star Wars’ premier content — the upcoming feature films or the array of Disney+ original’s slated for the next few years.

In the comic, there’s a panel of Darth Vader looking at a hand in some kind of incubator with Palpatine saying how he can “use it to make anything”. The “Darth Vader” Marvel Comics series takes place between the events of The Empire Strikes Back and Return of the Jedi, offering Star Wars fans clarifications on how Palpatine came to build his army on the Sith hideaway of Exegol. Audiences saw Exegol in the finale (for now) to the Skywalker Saga — Star Wars: Episode IX – The Rise of Skywalker (2019).

Who was Luuke in Star Wars Legends?

Luke Skywalker’s clone, Luuke, was used by C’baoth to battle the Jedi Knight. After attempting to turn Luke to the Dark Side, C’baoth unleashed Luuke, and the two dueled until the arrival of Leia and Han Solo helped turn the tide. It was Mara Jade — Luke’s future wife — that killed the evil Jedi clone just as he was about to finish off the real Luke.

It would be interesting for Star Wars to bring Luuke out of the Legends series and into the Disney / Lucasfilm canon, injecting an intriguing twist into the upcoming stories, while also expanding on Jedi Lore in the main Star Wars series. And, who knows, Sebastian Stan could be used to bring Luuke to the small screen — the Marvel actor has been rumored to appear as the Jedi for a while now, due to his likeness to a young Mark Hamill. It must be said that neither Lucasfilm or Disney have responded to or corroborated these rumors, however.

With Grand Admiral Thrawn being teased for an upcoming appearance in Ashoka, it isn’t a stretch to imagine this other Legends character joining the franchise.

Would you want Luke Skywalker’s clone to appear in an upcoming Star Wars story?

Comments Off on Did ‘Star Wars’ Just Confirm Luke Skywalker’s Clone Will Appear?