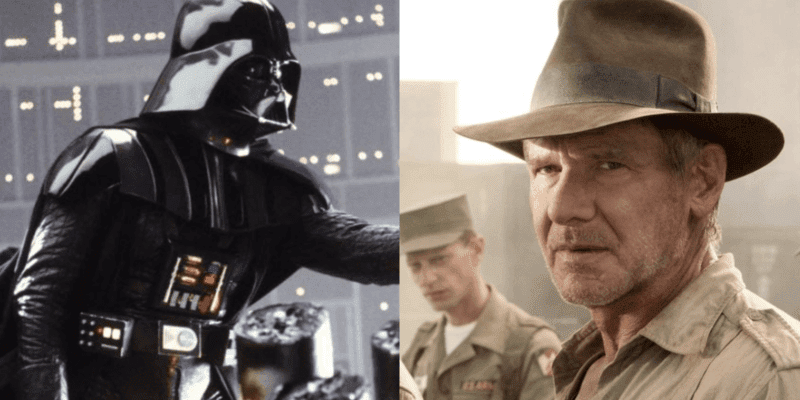 But, what if there was a missing connection between famed archaeologist Henry Jones, Jr. and the Dark Lord himself, Darth Vader?

“Say what?” you’re probably thinking — and the theory is, admittedly, far-fetched.

As you’ll discover, one astute Lucasfilm lover put together a slightly tongue-in-check but undeniably thought-provoking theory that Indy and Vader teamed up to kill Adolf Hitler. Yes, you read that right.

As SyFy Wire pointed out about this fun — if far-fetched — theory:

We have our doubts – after all, time travel isn’t a part of either the Star Wars or Indiana Jones universes. But if such a thing were possible (including the existence of Star Wars and Indiana Jones), we’d like to think our world would be safer from Hitler.

Hold onto your hats, folks. It’s about to get wild. 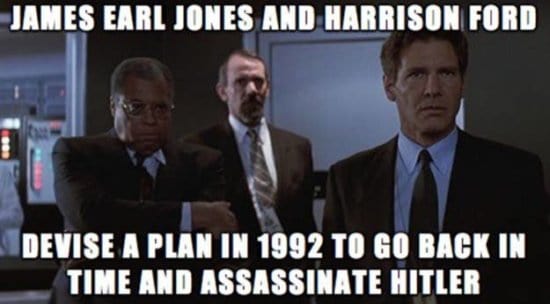 James Earl Jones and Harrison Ford devise a plan [apparently in Clear and Present Danger] in 1992 to go back in time and assassinate Hitler. 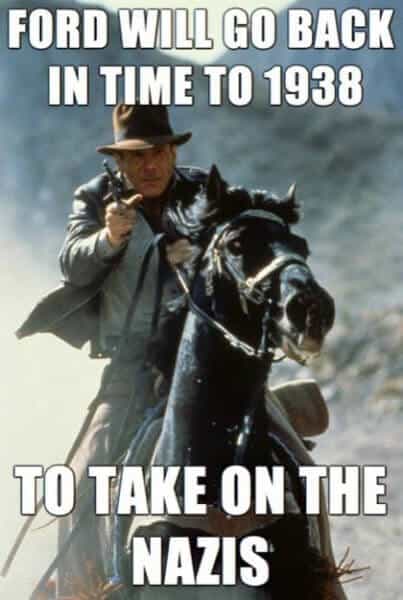 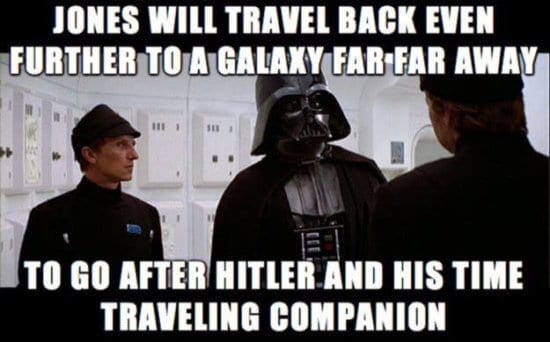 Jones will travel back even further to a galaxy far, far away to go after Hitler and his time traveling companion. 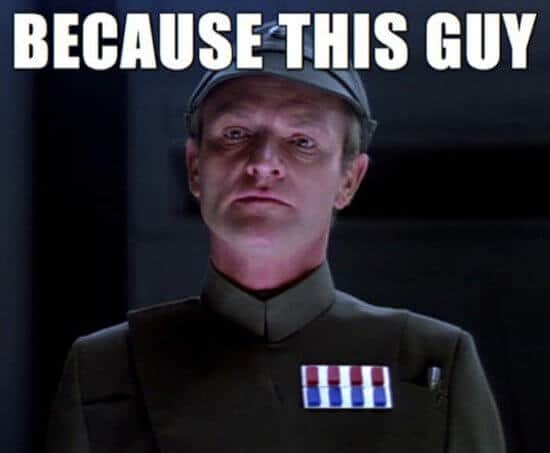 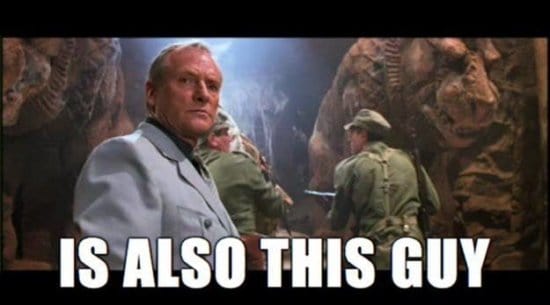 …Is also this guy [still Julian Glover, but as Walter Donovan in Indiana Jones and the Last Crusade (1989)] 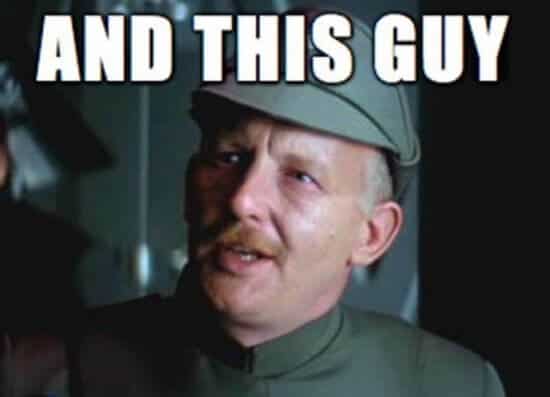 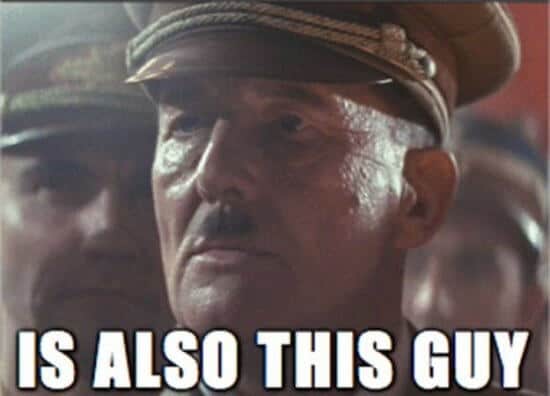 …Is also this guy [still Michael Sheard, but as Hitler, who he played five times in his career]

But succeeds in making this happen [You won’t be missed, Walter Donovan] 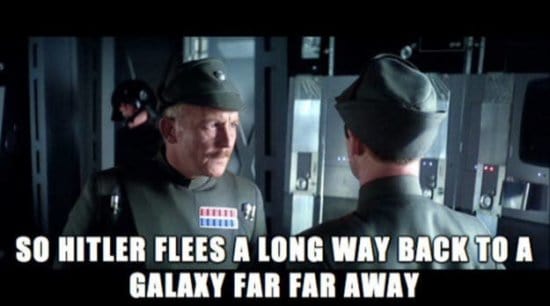 So Hitler flees a long way back to a galaxy far, far away 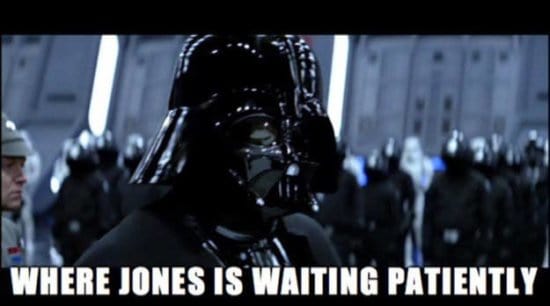 Where Jones is waiting patiently 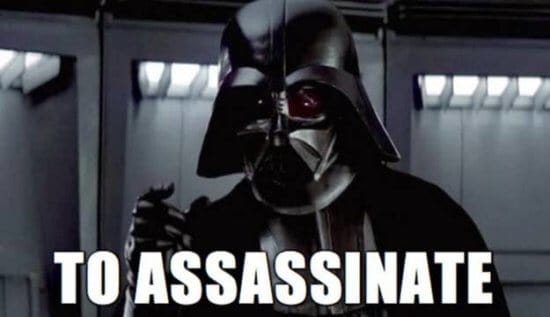 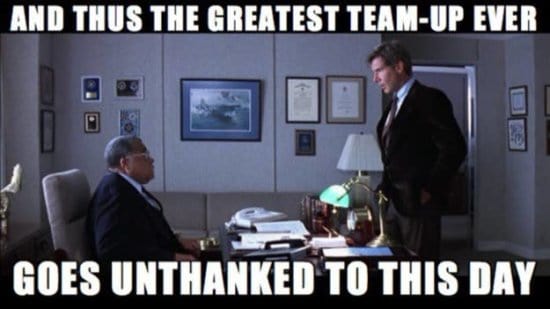 And, thus, the greatest team-up ever goes unthanked to this day.

Unbelievable, but so much fun, are we right? We love the connections between all of these Lucasfilm actors and two of the most iconic film franchises in all of cinematic history.

The next chapters for Indiana Jones and Darth Vader

Fortunately for fans, there is more Indiana Jones and more Darth Vader on the way in 2022. It has been confirmed that Harrison Ford will reprise his famous role as Indy in Indiana Jones 5, set to premiere in July 2022.

78-year-old Ford will be joined by two more Star Wars actors — Phoebe Waller-Bridge, who voiced Lando Calrissian’s droid L3-37 in Solo: A Star Wars Story (2018), and Mads Mikkelsen, who played Galen Erso — father of heroine Jyn Erso (Felicity Jones) — in Rogue One: A Star Wars Story (2016). Details of their roles are not yet known.

In fact, little is known about the fifth installment in the Indiana Jones saga, but director Steven Spielberg will be replaced by James Mangold and Jonathan Kasdan is set to write the screenplay.

The last Indiana Jones movie, Indiana Jones and the Kingdom of the Crystal Skull, released in in 2008, so it has been well over a decade since fans have seen their favorite adventurer on the big screen.

As for Darth Vader, Hayden Christensen is set to reprise his Star Wars prequel trilogy role as the Sith Lord in the upcoming series Obi-Wan Kenobi. Directed by Deborah Chow (The Mandalorian), the special event series will air on Disney+ in 2022.

Scottish actor Ewan McGregor will also return as Jedi Knight Obi-Wan Kenobi. The show will be set approximately ten years after the events of Star Wars: Episode III -Revenge of the Sith (2005) during Kenobi’s exile on Tatooine.

Recently, the full cast for the show was revealed and there are absolutely some surprises in store for Star Wars fans — many are wondering, for example, if a glimpse of a young Luke Skywalker could be in our future, since Luke’s father is set to play a prominent role in the streaming Star Wars series…

It is not yet known if 90-year-old James Earl Jones will return to voice Darth Vader.

What do you think? Did you get a laugh out of this far-fetched Indiana Jones and Darth Vader theory?