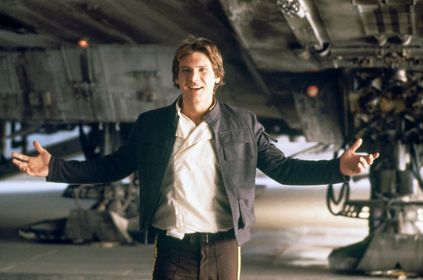 Before taking the handle of Indiana Jones’s whip or the controls of the Millennium Falcon, legendary actor, Harrison Ford took a ride with one of the most famous bands of all time, The Doors.

Little did he know, his acting career could have taken a massive turn if he kept on rocking with Jim Morrison.

In 1968, Harrison Ford was an unknown, soon-to-be actor working as a carpenter in sunny Los Angeles for some of Hollywood’s biggest names. The SunsetStrip was home to titans in the music industry, such as The Eagles, Linda Ronstadt, Brian Wilson, and Jim Morrison — most of whom Harrison Ford would eventually work for or befriend during the late 1960s.

Rock-infused pop, now “classic rock,” music took off by the mid-to-late ’60s, with big-name bands like The Mamas and The Papas, CSN, and Eric Clapton leading the way. However, no one could match The Doors’ heat with iconic songs like Break On Through, Light My Fire, and L.A. Woman.

Every Hollywood star has to start somewhere, and before Ford became George Lucas’s scruffy-looking nerfherder, his career began as a second cameraman (AKA “roadie”) for a concert film, Feast of Friend (1968), that was all about the most influential band at the time, The Doors.

As fun as it was learning how to operate a camera on the go and working with lead singer Jim Morrison during the height of his career, Harrison Ford nearly walked away from acting altogether after getting a taste of stardom.

Related: Will Harrison Ford Reprise Indiana Jones Not Once, But Twice?

In the above interview, Harrison shared:

I worked on a road tour film of The Doors, we went around for about a week and a half. A concert tour. When it was over, I was one step away from joining a Jesuit monastery.

Five years before starring in Lucas’s American Graffiti (1973) and nearly ten years before becoming one of Hollywood’s most essential characters, Han Solo, in Star Wars: Episode IV – A New Hope (1977), Ford nearly left the industry to join a Jesuit monastery.

Taking a test drive Jim Morrison’s lifestyle, Harrison Ford found himself in the middle of a California Desert, the natural habit of “The Lizard King.” Working hand-in-hand with Jim Morrison, a UCLA film major dropout, on his picture nearly shifted the future of Ford’s career.

Below you can see the only-known footage to feature both Jim Morrison and Harrison Ford:

During that week of shooting with The Doors, Ford saw life in the fast lane with partying, rocking, and filmmaking. Morrison was about to embark on numerous mini-movie projects centered around musical scores by his band, and he began recruiting a small circle of fellow filmmakers. Handy with a camera and good-looking in front of it, too, Harrison Ford nearly ditched his acting dreams for the rock-n-roll lifestyle.

Goodbye to the future Indiana Jones, Star Wars, and Blade Runner franchises that have changed the cinematic world for the better.

It all worked out for the best, of course. George Lucas’s American Grafitti became an overnight success and landed the struggling actor two roles for which he is best known: Han Solo and Indiana Jones/Henry Jones, Jr.

Perhaps, if Ford had stuck with Morrison, Lucasfilm altogether wouldn’t have become the studio we still know and love today — Han Solo and Indiana Jones might not fall under the Disney banner and fans would be left without rides like Millennium Falcon: Smugglers Run at Star Wars: Galaxy’s Edge.

In A New Hope and then in following Skywalker Saga firms, Ford’s embodiment of the legendary Han Solo character helped shift Hollywood’s norms and made sci-fi cool. He, alongside actors Mark Hamill and Carrie Fisher, broke box-office records and cemented their names as Hollywood gold.

Soon after, George Lucas and Steven Spielberg would recruit Harrison Ford to portray Indiana Jones in Raiders of the Lost Ark, undoubtedly one of Hollywood’s most iconic characters that has inspired countless individuals, both personally and professionally. Ford would later go on to share the screen with the original James Bond, Sean Connery, in Indiana Jones and the Last Crusade.

Harrison Ford’s involvement with George Lucas’s struggling directorial career in the 1970s converted Lucasfilm into an entertainment giant, giving them both the chance for beautiful careers, that ultimately ended with the House of Mouse buying Lucasfilm, Ltd. in 2012.

Today, Harrison Ford is grabbing his famous hat and whip for Indiana Jones 5  (untitled) to begin shooting this year.

Did you know this about Harrison Ford? Let us know in the comments below!