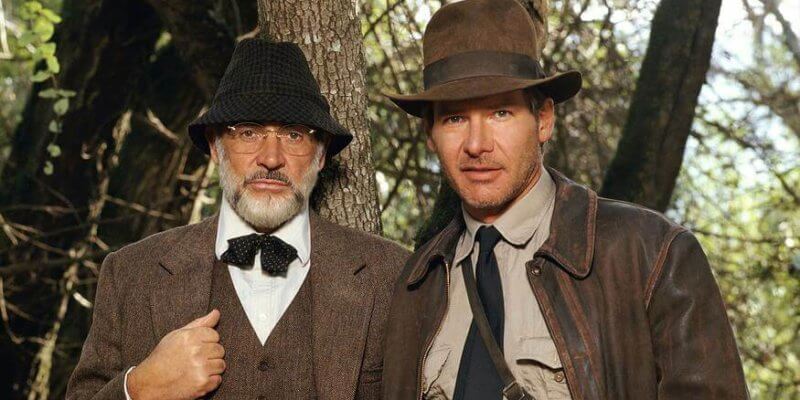 Connery passed away last week on Halloween at the age of 90. The distinguished actor had a long career, appearing in his first film Let’s Make Up — as an extra, believe it or not! — in 1954. He acted with Ford in the third film in Lucasfilm’s Indiana Jones franchise, Indiana Jones and the Last Crusade (1989).

Related: ‘Indiana Jones 5’ is Failing to Get Off the Ground

Incredibly, Connery’s last acting credit was for voice work in Sir Billi in 2012 — for a career that spanned seven decades.

Ford shared a statement about Connery with Variety:

“He was my father…not in life…but in ‘Indy 3,’” Ford said in a statement to Variety. “You don’t know pleasure until someone pays you to take Sean Connery for a ride in the side car of a Russian motorcycle bouncing along a bumpy, twisty mountain trail and getting to watch him squirm. God, we had fun — if he’s in heaven, I hope they have golf courses. Rest in peace, dear friend.”

Ford, of course, has a long history with Lucasfilm, also appearing as the rakish Han Solo in the original Star Wars trilogy. Lucasfilm founder George Lucas also shared a tribute to Connery that was featured in Variety’s article:

“Sir Sean Connery, through his talent and drive, left an indelible mark in cinematic history. His audiences spanned generations, each with favorite roles he played. He will always hold a special place in my heart as Indy’s dad. With an air of intelligent authority and sly sense of comedic mischief, only someone like Sean Connery could render Indiana Jones immediately into boyish regret or relief through a stern fatherly chiding or rejoiceful hug. I’m thankful for having had the good fortune to have known and worked with him. My thoughts are with his family.”

Ford is set to reprise his role as Indiana Jones in an as-yet-untitled project in 2022, while Lucas’s characters will be used in a number of upcoming Star Wars projects, set for both theatrical and Disney+ releases. The Walt Disney Company purchased Lucasfilm in 2012.

Currently, little is known about the upcoming Indiana Jones 5 movie, but James Mangold (Girl, Interrupted, Walk the Line, 3:10 to Yuma) has been tapped to direct and Jonathan Kasdan (Californication, Solo: A Star Wars Story) is expected to write the screenplay.

What do you think about Harrison Ford’s tribute to Sean Connery?

Comments Off on ‘We had fun,’ Harrison Ford Remembers Indy’s Dad, Sean Connery