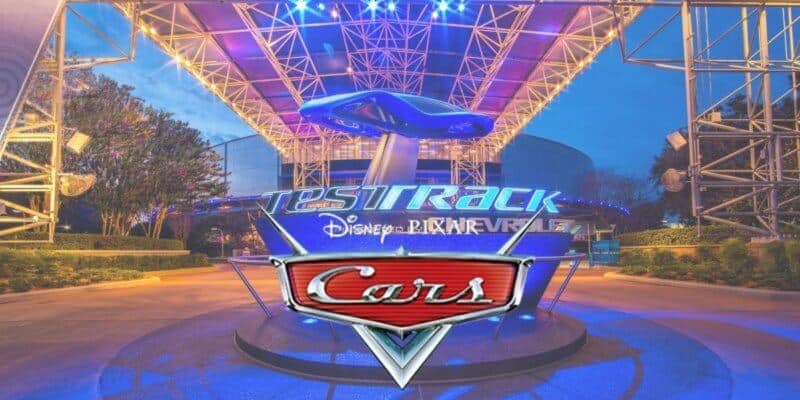 Walt Disney famously said, “Disneyland will never be completed. It will continue to grow as long as there is imagination left in the world.” Walt’s hope has been fulfilled time and time again in Disneyland and at its sister theme park, Walt Disney World. While some Disney fans may resist change, it is all part of Walt’s vision for his theme parks.

Walt Disney World has many exciting updates and additions coming for its 50th Anniversary celebration. While some refurbishments have been delayed, others will be ready for the 50th Anniversary, such as Remy’s Ratatouille Adventure. Walt Disney World’s EPCOT will see many changes as the whole park will be reimagined in the next few years. These changes may signal a big change to EPCOT as the park evolves.

Since Frozen Ever After took over Maelstrom, Disney fans have noticed a pattern in EPCOT. Disney seems to be incorporating more and more Disney intellectual properties (IPs) as the Disney Park evolves.

Ellen’s Energy Adventure is now extinct, and it will be replaced by Guardians of the Galaxy: Cosmic Rewind. EPCOT’s France Pavilion will welcome Remy’s Ratatouille Adventure later this year. The Moana-inspired Journey of Water may not arrive this year, but there are definitely expectations for this upcoming experience.

Though some EPCOT refurbishments have been cancelled due to pandemic-related budget cuts, IPs are certainly gaining ground at Walt Disney World and EPCOT. The EPCOT reimagining changes the layout of the park, but it also adds more IPs to its attractions. With these changes in mind, Disney may be gearing fans up for more IP overlays and rethemes. Notably, this would be a big possibility for a fan-favorite speedy attraction.

“Speed. I am speed,” Lightning McQueen proclaims. Lightning and his chromatic friends raced their way into our hearts beginning in Disney Pixar’s 2006 film Cars. Even with the infamously despised Cars 2, Disney fans still love the characters this franchise has given them.

At Walt Disney World, there is little representation of this film trilogy. Disney’s Hollywood Studios features a small Cars area with a short show and meet and greets. However, this area has always seemed temporary, like it could be overlaid at any time with something trendier, thanks to its prime location near Rock ‘n’ Roller Coaster and Tower of Terror.

On the flip side, Disneyland Resort includes an entire Cars Land area. This fantastic section of Disney California Adventure adds to the park’s aesthetic. While the characters of Cars fit well into the open roads and beautiful landscape of California, they are also relevant in Florida. After all, Florida is a racing hot spot, housing many of NASCAR’s most famous tracks.

Walt Disney World needs to add better representation of the Cars franchise in their theme parks, and a Cars retheme of Test Track could be the best way to race into the new era of EPCOT!

Secondly, this incarnation of Test Track is not as beloved as its original.

Many Disney fans miss the old Test Track ride. As Disney often will not move backwards, we will likely never see a renewal of old Test Track. However, Disney may be willing to retheme the attraction again to something more relevant. What could be more relevant than Cars with EPCOT’s evolution toward Disney IPs? This is also a large reason why this retheme makes sense.

If EPCOT rethemes many areas in current Future World to Disney movie motifs, Test Track would not fit in its current state. A Cars retheme would bring Test Track into EPCOT’s projected future.

Related: OpEd: Disney Needs to Bring Back the Old Version of Test Track

Some fans may resist the idea of a Test Track retheme. The Cars movie series is not universally beloved, with only the first movie being widely respected. However, Disney could make this retheme a revival of the Cars movies. Maybe, we would receive an amazing new Disney+ movie or series before a refurbishment like this one. After all, the Tow Mater shorts charmed the hearts of children everywhere when they aired on Disney Channel years ago.

Related: Disney to Showcase Behind the Magic of Cars Land

Many fans dislike the incorporation of IPs into EPCOT, as it used almost no Disney movie characters in its original version. Yet, the new generation of Disney fans connects with Disney films and television shows closely. Many new fans grew up with Disney movies in their living room, but had never been to a Disney Park.

These Disney IPs, whether they be Marvel, Star Wars, or classic Disney, give fans a nostalgic comfort. Though Disney Parks provide that nostalgia as well, fans may connect even more with rides that are related to their best theme park memories and their favorite Disney/Pixar films.

Related: Fans Want Tomorrowland Speedway to Get “Much Needed” Update

What do you think? Should Disney give Test Track a Cars retheme? Let us know in the comments!