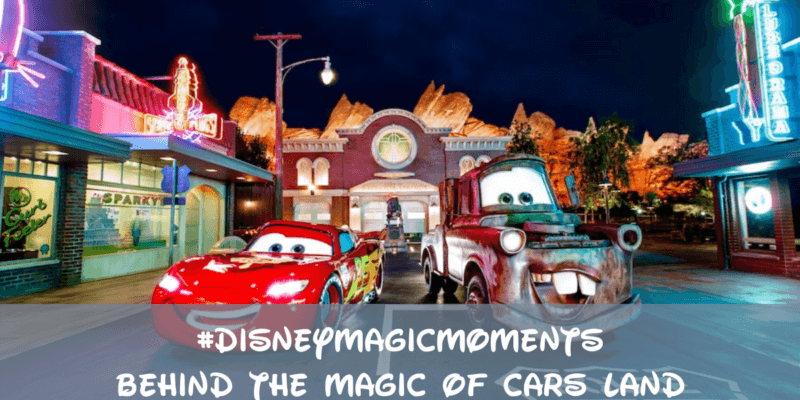 Get ready for another special episode of #DisneyMagicMoments, Disney fans!

At 7 p.m. ET (4 p.m. PT) tonight, Disney Parks will take viewers behind the magic of Cars Land at Disney California Adventure at Disneyland Resort. This will be a pre-recorded video.

Disney is sharing the news of the virtual event and counting down on its Instagram stories, similar to how it spread the word for its special recording of the Magic Kingdom fireworks spectacular, Happily Ever After.

It is still unknown what aspects of Cars Land will be shown or which Disney personnel will be featured.

Disney Parks’ #DisneyMagicMoments segment has continued to provide–as the name suggests–magical Disney moments to all Disney fans stuck at home due to the global pandemic.

Added to Disney California Adventure park after first opening, Cars Land takes Disneyland Guests into the world of Pixar like never before, taking them to Radiator Springs, Carburetor County in the middle of the majestic Cadillac Range.

As Guests cruise down the main drag, they can shop at Ramone’s House of Body Art and Sarge’s Surplus Shop, or grab a bite to eat at the Cozy Cone Motel, Flo’s V8 Cafe, or Fillmore’s Taste-In. Guests even have a chance to meet Lightning McQueen and some of Radiator Springs’ residents.

But the crown jewel of the themed-land–and the one featured in Disney’s Instagram Story–is the jaw-dropping attraction: Radiator Springs Racers.

The Disneyland Resort website describes this unforgettable ride as the following:

Cars Land and the rest of the Disneyland Resort are still closed due to the global pandemic. The reopening which was originally scheduled for July 17 now been pushed back. No new reopening date has been announced.

Have you been to Cars Land? Where does it rank among your favorite Disney Park themed-lands? Let us know in the comments!