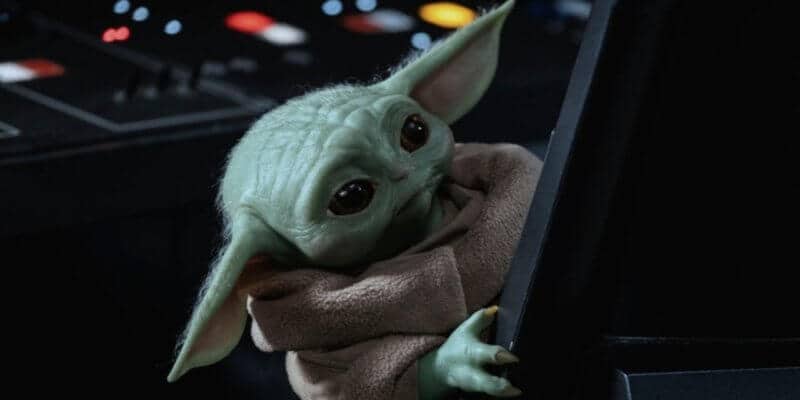 Let me preface this with the fact that I don’t necessarily think Jon Favreau and Dave Filoni should have Grogu (AKA The Child AKA Baby Yoda) leave the Jedi Order in Season 3 of The Mandalorian — the greater good and all — but, I do think there are some issues — and potential issues — within the Star Wars universe that could be fixed if this decision was made.

Here, we take a look at how having Grogu leave the Jedi might not be a an altogether bad thing for The Mandalorian.

One of the best things about The Mandalorian is that it has allowed Lucasfilm to draw-in viewers who aren’t necessarily “Star Wars people.” There are very few, if any, audience members who don’t love the indisputably adorable Grogu.

If the foundling were to, say, simply not appear in Season 3 of The Mandalorian because he’s off completing his Jedi training with Luke Skywalker (CGI Mark Hamill in Season 2, Episode 8 Chapter 16: The Rescue/potentially Sebastian Stan in future seasons), it could very well alienate those who watch The Mandalorian more for Grogu and less for the enticing storytelling.

Related: What Could Grogu’s Origin Story Be?

Perhaps the easiest way to have Grogu leave the Jedi and reappear with Din Djarin (Pedro Pascal) in Season 3 of the hit Star Wars series is to have him opt to leave the Jedi Order of his own accord — in The Mandalorian Season 2, Episode 5 (Chapter 13: The Jedi), Ahsoka Tano (Rosario Dawson) indicated that Grogu would be able to choose his own path when he sat on the “Seeing Stone” on the planet Tython.

It certainly seems as if the path he selected lies with Luke Skywalker — but don’t put it past Favreau, Filoni, and their team to throw us for a loop in Chapter 17.

It would clear-up the Kylo Ren issue.

If, in fact, Grogu is alive and with Luke Skywalker approximately five years after Star Wars: Episode VI – The Return of the Jedi (1983) — when The Mandalorian is set — it is extremely likely he would still be with Skywalker when Kylo Ren (Adam Driver) destroyed the Jedi academy and all of the younglings inside of it.

Let’s run some numbers. The Mandalorian takes place in 9 ABY (After the Battle of Yavin). Meanwhile, The Force Awakens takes place in 34 ABY, and Ben Solo was born in 5 ABY. The academy existed until about 28 ABY, at which point Ben destroyed it and became Kylo Ren. Just 19 years after the events of “The Rescue,” Grogu wouldn’t even be 100. He’d still be a child in terms of the way his species ages. So it’s almost certain he’d be alive when Luke’s academy fell.

This is tragic for a couple of reasons. First, the fandom would be undoubtedly traumatized if Grogu were to die — not to mention, pragmatically, it would be significantly harder for Disney and Lucasfilm to monetize a dead character and Grogu appears on a lot of merchandise.

Secondarily, purely from a story arc standpoint, it would be horrible for the poor little Jedi to have somehow survived the execution of Order 66 at the Jedi Temple on Coruscant only to die at the hands of Kylo Ren instead. Some would argue it’s poetic for Ren to finish what his grandfather — Leia’s father, Anakin Skywalker/Darth Vader (Hayden Christensen) — started, but I think most Mandalorian fans would find this hard to get over, especially since Grogu is still a baby for all intents and purposes.

It would explain why Grogu isn’t in the sequels.

In the final installment of the Skywalker Saga, Rey (Daisy Ridley) calls on the power of all the Jedi and Grogu simply isn’t present — we don’t see him, we don’t hear his voice — and it doesn’t track that such a powerful Force user would be absent if he were able to provide assistance.

Having Grogu leave the Jedi Order of his own free will to return to his father-figure, Din Djarin, would explain why he isn’t in the sequel trilogy — he would, essentially, have been giving up the option to learn to fully harness and control his Force powers.

Would Grogu have to leave on his own?

Having Grogu make the decision to leave the Jedi — Ahsoka did this for her own reasons in the animated series, Star Wars: The Clone Wars — is the least complex option from a plot standpoint.

Another option, though, would be to have Luke Skywalker realize he couldn’t train the tiny Jedi because of his attachment to Djarin. Ahsoka already refused to take him under her wing for this reason — as Anakin Skywalker’s Padawan, she knows firsthand what that sort of attachment can do to “the best of us,” as she states in Chapter 13: The Jedi.

At this time, Star Wars fans can’t know for sure what will happen to Grogu in Season 3 of The Mandalorian.

The third season does not have an official release date and does not appear on Disney’s recently unveiled 2021 release schedule. It’s two spinoffs — Ahsoka and Rangers of the New Republic — are also notably not listed.

The Book of Boba Fett — a fourth series within the world of The Mandalorian that is set to feature bounty hunter Boba Fett (Temuera Morrison) and Fennec Shand (Ming-Na Wen) — will, however, debut in December 2021. Mandalorian showrunner Jon Favreau confirmed the Boba Fett show’s release on Good Morning America earlier this week.

The show featuring the iconic bounty hunter, who first appeared in Star Wars canon in Star Wars: Episode V – The Empire Strikes Back (1980), was announced during The Mandalorian Season 2 finale’s post credits scene, not at Disney’s Investor Day event like the other two Mandalorian spinoff series.

Do you think Grogu should leave the Jedi or should he stay with Luke Skywalker?