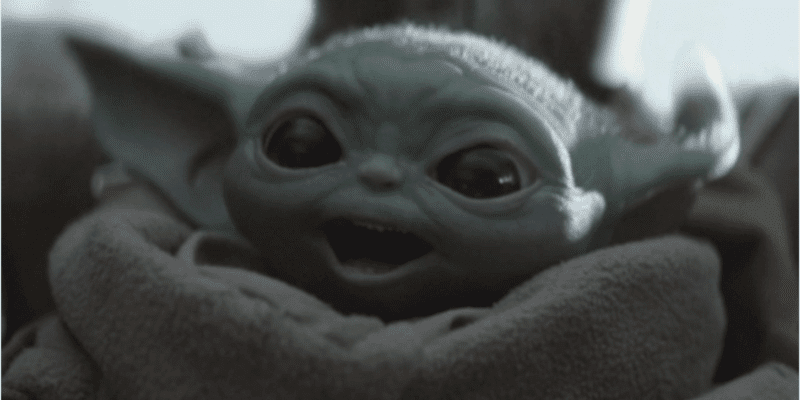 When we met Ahsoka Tano (Rosario Dawson) in live-action for the first time in The Mandalorian Season 2, Episode 5 (Chapter 13: The Jedi), she made an undeniably positive impression on Star Wars fans.

After the fandom initially questioned the casting decision — particularly over Ashley Eckstein, who was the voice actress for the fan-favorite character in all seven seasons of Star Wars: The Clone Wars — Mandalorian viewers nearly universally admitted that Dawson’s performance of Ahsoka was spot-on.

Anakin Skywalker’s Padawan played a crucial role in her episode — and the overall story arc of The Mandalorian’s second season — by giving Din Djarin (Pedro Pascal) and the audience their very first glimpse at The Child’s backstory.

Ahsoka was even the character who shared his real name — Grogu — with adorable results. You know you couldn’t help by say “Aww!,” when Djarin called the cutest kid in the galaxy “Grogu” for the very first time and his little green face lit up.

Recently, Mandalorian executive producer Dave Filoni shared details about how he and Jon Favreau came to the conclusion that The Clone Wars’ Ahsoka had to be the Jedi who connected with Grogu and told his backstory, which includes the dark moment of being at the Jedi Temple on Coruscant when Order 66 was executed:

Filoni was also very careful to use a character who wouldn’t freak out over the fact that Grogu is the spitting image of Yoda. “She is one of the few, few people that we could encounter in a story and she would say, ‘All right. I met someone like him. I’ve only ever seen one other being like this,’” explained Filoni.

Filoni also shared that he had to stop himself from having Ahsoka make a “Baby Yoda” joke given Grogu’s insane pop culture popularity at the moment:

“I had to stop myself from doing something ridiculous like have her say, ‘Is that a Yoda baby?’ It almost demands to be said.” After a whole year of fans fawning over “Baby Yoda,” finally someone in The Mandalorian has made the connection between The Child and the original Yoda. We can thank Ahsoka Tano for that.

While we understand why “Is that a Yoda baby?” would have been out-of-character for Ahsoka — and The Mandalorian is devoted to nothing if not authentic storytelling — I think we can all admit it would have been a hilarious reference given the “Baby Yoda” craze that currently exists.

Related: Why Din Djarin May Not Get Grogu Back Until Season 3

Filoni didn’t dive into what Mandalorian fans can expect in Season 3 of the hit series, which is set to premiere in December 2021. Some rumors have indicated that we will see a return to Padmé Amidala’s homeworld of Naboo and — as with the introduction of Ahsoka, bounty hunter Boba Fett (Temuera Morrison), Bo-Katan Kryze (Katee Sackhoff), and Marshal Cobb Vanth (Timothy Olyphant).

For now, we can all spend the next year speculating and looking forward to casting announcements about Jon Favreau and Dave Filoni’s upcoming Mandalorian spinoffs — Ahsoka and Rangers of the New Republic. Grogu’s cuteness aside, as the Star Wars universe continues to expand on Disney+, there is little doubt that the characters who have been brought to life in The Mandalorian — and interconnected from other Star Wars stories, like the original trilogy — will play a major role moving forward.

Could we even get a glimpse of Palpatine’s clones next season or dive more into Supreme Leader Snoke’s origins? Never say never.

Do you wish “Is that a Yoda baby?” had been a real line in the second season of The Mandalorian?