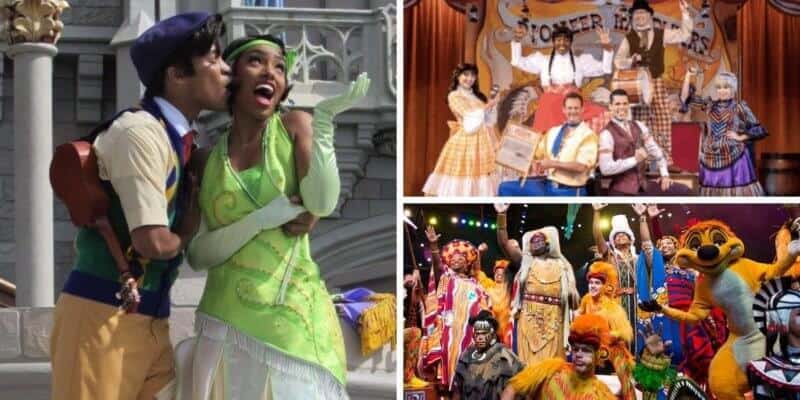 Walt Disney World — The Most Magical Place on Earth — offers so many unique activities, keeping Guests coming back to visit time and time again.

From character meet and greets and parades to shows and fireworks, Walt Disney World is like no other place. When visiting the theme parks, you are magically transported into a different world, filled with joy, happiness, and imagination.

However, this year’s pandemic has affected so many, including the Disney Parks and The Walt Disney Company. Due to the temporary park closures (which lasted nearly 5 months at Walt Disney World Resort) and then reopening only under a limited capacity with limited offerings, The Walt Disney Company is struggling and had to make the unfortunate decision to lay off nearly 28,000 Cast Members within the company.

This week, many of the Disney World Cast Members notified that they were being laid off were those tied with entertainment offerings which have not been operating since the theme parks reopened in July. This includes Hoop-Dee-Doo, The Festival of The Lion King, the Citizens of Hollywood, the Citizens of Main Street, and more. This hurts so many, not only the Cast Members who have been affected but also the Guests who love these entertainment offerings and are now seeing that these will not be returning anytime soon.

There are several different theme parks located around the world, but what makes Guests continue to visit the Disney Parks time and time again? Well, between the character meet and greets, the one-of-a-kind nightly fireworks, and, of course, the incredible and immersive shows and parades, it is guaranteed you won’t find anything like what Disney has to offer at any other park.

I mean, where else can you have a rootin’ tootin’ time watching the gang perform a one-of-a-kind show at the Hoop-Dee-Doo Revue while chowing down on some finger lickin’ southern food? And where else are you able to see your favorite Disney Princesses come to life in immersive shows such as Beauty and the Beast – Live on Stage or Voyage of The Little Mermaid? What other theme park offers an experience such as the Citizens of Hollywood or the Citizens of Main Street? It’s clear that these entertainment offerings are what make the Disney Parks stand out and so magical, bringing Guests back to visit year and after year.

So, the fact that Disney has decided to layoff so many of these entertainment Cast Members who are part of the unique offerings really hits home for so many. We do know that due to the current pandemic, these shows aren’t currently being offered for safety and health reasons, but the fact that these CMs are now laid off means we most likely won’t be seeing these shows return anytime soon, which is disappointing but understandable.

Could This Be Temporary?

Due to the fact that nearly all of the Cast Members recently notified were those tied with entertainment offerings that currently aren’t in operation could potentially mean these layoffs are only temporary until things at the theme park can get back to normal.

The current pandemic has affected so many, and in order to keep Guests and Cast Members safe, Disney made the decision to suspend entertainment offerings such as certain shows, parades, and fireworks, all o which could draw crowds. With the current CDC guidelines in place, Disney cannot open up certain shows including Turtle Talk With Crush, Hoop-Dee-Doo Musical Revue, The Festival of The Lion King, and others. While this layoff news hurts so many, it is almost understandable why Disney decided to layoff these specific Cast Members. Since Disney cannot currently bring these performers back to work due to safety guidelines, they made the difficult decision to lay them off.

However, this doesn’t mean it is permanent. Once the world recovers from the pandemic and Disney Parks receive more guidance from health officials, we could see Disney bring back some of these shows, and maybe even reimagine some of them into fresher, newer offerings. And once the time comes, we presume Disney will have to rehire some of the outstanding performers to help bring these shows back and better than ever. 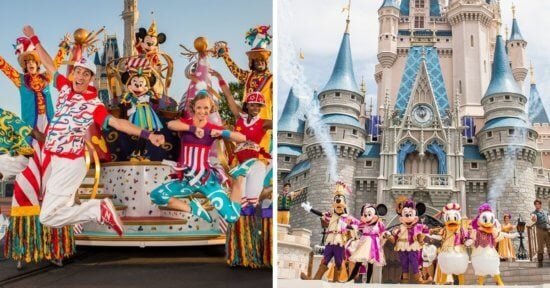 Please keep in mind that at this time, Disney has not issued any official statements regarding the reported entertainment cuts. It is also important to note that last night’s and today’s layoffs are part of the original 28,000 The Walt Disney Company originally announced last month. For a full list of the recent entertainment layoff news, check out our website here.