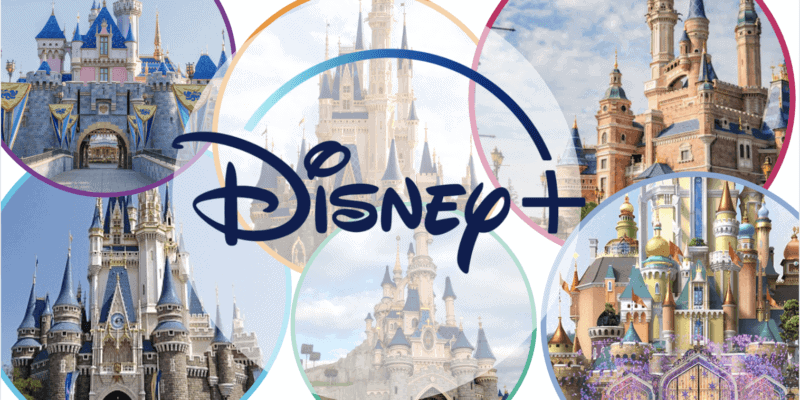 A few weeks ago, The Walt Disney Company made a surprise restructuring announcement in which they shook up their leadership so that the Disney+ streaming platform — as opposed to traditional theatrical releases — would be the focus of the corporation’s film division.

Kareem Daniel was promoted to oversee this new entertainment and distribution division, with CNBC reporting that the following hierarchy will exist within the department:

This new focus on streaming content is a smart move for Disney, who is still trying to figure out how to navigate in the COVID-19 era. The Street shared these thoughts about The Walt Disney Company’s shake-up, also noting that the effects of the pandemic must be truly far-reaching for a 97-year-old business to drastically change their DNA after seven months:

Disney’s urgency to change itself is a wake-up call for business leaders everywhere who are waiting for the effects of COVID-19 to go away and, in the process, bring their businesses back to their former glory.

…the writing on the wall is clear: boldly transform yourself into digital-first businesses or go obsolete. This includes investing in robotics and AI for core operations and shifting business models that allow for more affordability and access for customers during a global recession.

While making Disney+ a priority certainly allows more consumers to experience Disney magic at home in these uncertain times, for Disney Parks fans, it begs the question — will Disney theme parks get left behind in this new world?

At this time, all Disney Parks worldwide — with the notable exception of the still-closed Disneyland Resort in Anaheim, California — have begun their phased reopening processes following their temporary coronavirus closures earlier this year.

While all of Disney’s theme parks have had successful reopenings –in the sense that they are safely and effectively controlling the spread of COVID-19 — experiences are limited.

There is reason to believe that some of the changes Disney made to their theme parks will remain long after the pandemic is over.

Disney Parks, Experiences, and Products Chairman Josh D’Amaro has already stated that the Disney Park Pass reservation system is a “new normal” for Guests, insinuating that executives have no intention of getting rid of this process anytime soon.

At this time, Park Pass reservations for Walt Disney World have already been extended into 2022, meaning the entire 50th Anniversary Year will require Guests to reserve their slots for The Most Magical Celebration on Earth. There is no word on whether or not park hopping will be available at any point while the Park Pass system is still in-use.

Disney has also not announced a return date for nighttime fireworks spectaculars at Disney World — this is a Disney Parks experience missed by many. It is worth noting, though, that workers have been progressing on EPCOT’s new HarmonioUS show, so hopefully this will happen sooner rather than later if it is determined that social distancing can be effectively enforced.

Will the parks stop expanding?

Although Disney’s Film Distribution division and Parks, Experiences and Products division are separate, what happens in one department does have an impact on the other — this is particularly true when assets are involved.

As The Walt Disney Company, which has already been financially ravaged by COVID-19, allocates more financial resources to the production of Disney+ streaming movies and television series, there is the possibility that theme park expansions could be halted for the time being.

Disney has already hit pause on numerous construction projects that were supposed to be part of EPCOT’s reimagining, including the proposed Mary Poppins Cherry Tree Lane attraction [pictured below].

Additionally, Disney recently lost the rights to expand its Hong Kong Disneyland Resort to include a second theme park.

Although there are still numerous projects in the works around the world — including Disneyland Paris’s Frozen expansion, Shanghai Disneyland’s Zootopia land, and Avengers Campus at Disneyland — there is a distinct possibility that these already-in-progress projects could be the last expansions we see at Disney theme parks for quite some time as the company figures out how to successfully operate in a new business landscape that may include long-term limited capacity at its six theme parks globally.

One issue that could potentially arise is the addition of characters and lands only found on Disney+ within Disney theme park properties. For those who don’t subscribe to the streaming service, this could become frustrating. This is likely to be a minor issue but is still something to keep in mind as Disney directs more of its focus away from the big screen.

Although the Disney theme park experience has changed for the time being — in some cases, possibly permanently — it is important to remember that there is nothing that can truly take away the magic of Disney Parks for those who love visiting them around the world.

It is certainly unlikely that Disney will ever leave behind its theme parks, even as the corporation’s focus shifts to streaming television and movie content.

Could the parks change to include more characters and lands exclusively from Disney+? Could classic characters like Mickey Mouse, Minnie Mouse, Donald Duck, Daisy Duck, and Pluto become less visible as the digital era takes over?

Of course, this is possible, if unlikely. But, even Walt Disney said:

Disneyland will never be completed. It will continue to grow as long as there is imagination left in the world.

The same sentiment holds true for all of Disney’s parks. When Star Wars: Galaxy’s Edge was completed at both Walt Disney World’s Hollywood Studios and Disneyland Park, it changed the game in regard to immersive theme park experiences — something we previously thought couldn’t get any better but then did.

Moving forward, it is likely that The Walt Disney Company will continue to focus on quality over quantity in its parks — ultimately crafting better-than-ever innovative experiences for Guests.

What are your thoughts on how Disney theme parks will be impacted by the company’s new “priority” focus on Disney+?