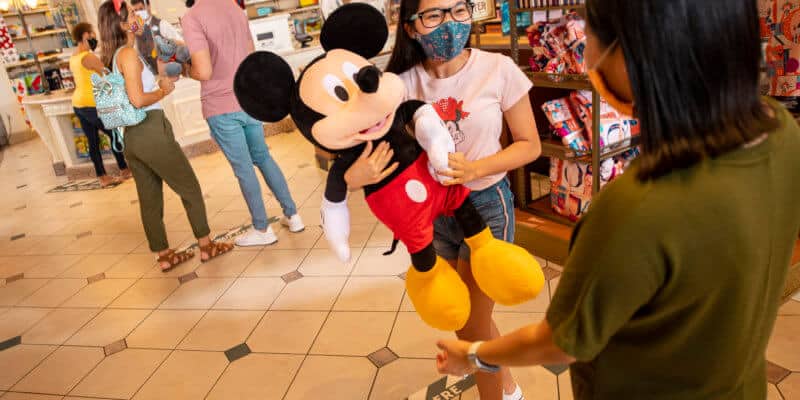 In a report from the Orange County Register, they detail what Deutsche Bank analysts’ report for the Walt Disney Company. The Deutsche Bank both upgrades Disney Parks stock on the financial success of Disney+ and also say Disney theme park and consumer products will have another year of monetary loss.

Deutsche Bank analysts upgraded Disney stock on the strength of the Disney+ streaming service despite continuing struggles in the company’s theme park and consumer products division.

“At this point, we are assuming that FY21 (beginning 10/1/20) will be another ‘lost year’” for Disney’s theme parks and consumer products division, according to the Deutsche Bank analysts’ report.

This report comes as no surprise as the Disney theme parks have been hard hit by the Coronavirus pandemic. We have continued to report here at Inside the Magic on the Disney Parks reopening, closing, and reopening again around the world.

The analysts at Deutsche Bank also had some good news for the parks but they predict it will take time and a vaccine for the virus to become widely available,

Disney Parks, Experiences and Products division revenue is forecast to decline $9.8 billion in fiscal year 2020, according to the Deutsche Bank report. Disney theme park revenue isn’t expected to bounce back to pre-pandemic levels until 2023, according to the report.

“We assume substantial improvement in FY22, but with revenue still not fully back to the FY19 level,” according to the report. “We assume a return to full parks earnings power in FY23.”

The Deutsche Bank analysts don’t expect Disney’s theme parks to see a full recovery until a COVID-19 treatment and vaccine are widely available.

“We think there’s upside to our forecast if an effective COVID vaccine becomes widely available during the next six months,” according to the analysts report. “We continue to believe that a widely available treatment and/or vaccine is required for a normalization to full earnings power at the parks.”

The Disney Parks that were able to reopen did so under strict guidelines from health authorities, yet some parks like Disneyland have not been able to reopen.

Here are our latest reports on Disney Parks and Cruise Line reopenings:

What Do you think of the Deutsche Bank Analysts predictions? Let us know in the comments!

Are you and your family wanting to book a trip to the reopened Walt Disney World? We can help!