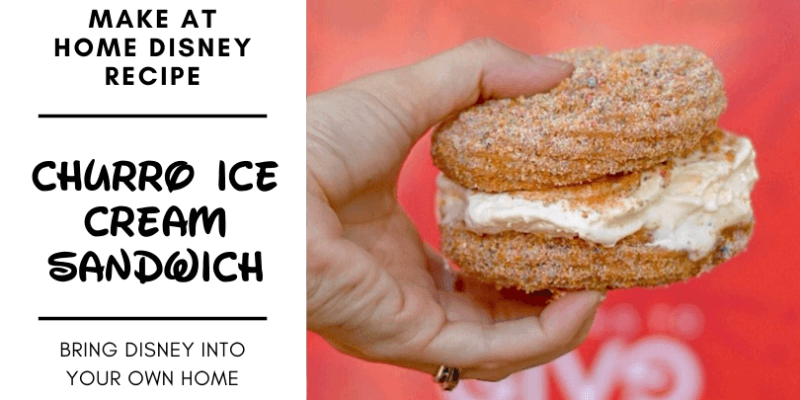 Thanks to Sugar Hero, we have an easy to follow recipe so you can bring the flavors of Disney to your kitchen! Check it out here.

FOR THE HORCHATA ICE CREAM:

TO MAKE THE HORCHATA ICE CREAM:

TO MAKE THE CHURROS:

Other At Home Disney Recipes

And if you are looking for other fun, make at home Disney treats be sure to check out some of our other easy to follow recipes:

Will you be making this copy cat churro ice cream sandwich recipe in your home? Let us know in the comments.