Will the Live-Action 'Ninja Turtles' Reboot Be All-Female?! - Inside the Magic 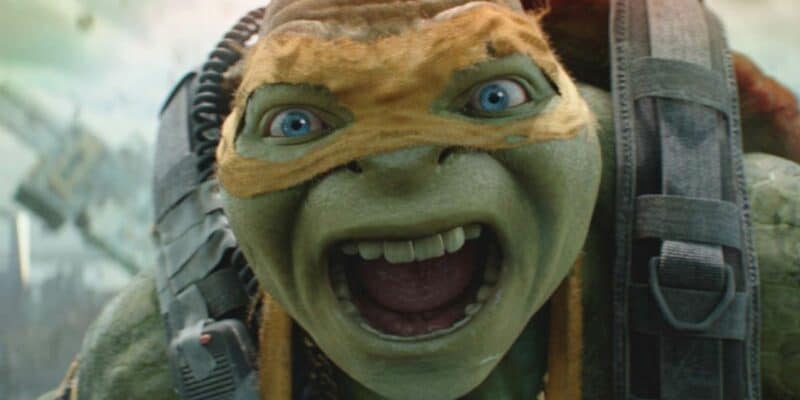 The Teenage Mutant Ninja Turtles franchise has endured for nearly 40 years. Since it first emerged from the sewers in 1984 with the gritty Mirage comic books, it has been reimagined in the form of several cartoon shows, five live-action movies, and lots more.

One of them is rumored to be an open-world game (which will be a first for the franchise), while the next theatrical movie will be a CG-animated reboot from producer Seth Rogen, titled Teenage Mutant Ninja Turtles: Mutant Mayhem (2023).

There are also a number of TMNT villain-focused projects in development, which will be released on Paramount+. However, there’s also yet another live-action reboot in the works, which is expected to be the start of a new continuation, and not a follow-up of the 2016 film.

Related: 7 Actresses Who Could Play the Female Joker

Next to nothing is known about the upcoming reboot, though it has been confirmed that Saturday Night Live writers (and brothers) Casey Jost and Colin Jost are rewriting a script previously penned by Andrew Dodge, while Michael Bay is back on board as producer.

Whether or not the film will re-tread the same territory of previous installments (the tiresome Turtles vs. Shredder format) remains to be seen, but it’s entirely possible that it will offer a far more refreshing interpretation of everyone’s favorite half-shell heroes.

Venus de Milo was hardly well-received by fans (the same goes for the show as a whole, as it takes cheese to the next level), but that didn’t stop TMNT from creating another female Ninja Turtle in IDW Publishing’s long-running “Teenage Mutant Ninja Turtles” comic book series.

Unlike Venus de Milo, “Jennika” is a former human, who became a Turtle after she was saved by an emergency-transfusion of “mutagen” — or “ooze” as it’s more commonly known — from Leonardo. TMNT fans have been far more welcoming of Jennika, though she’s yet to appear in live action.

It’s possible, though, that these characters could appear in the upcoming live-action reboot, or perhaps even a new set of female Ninja Turtles entirely. Is it time for new Ninja Turtles to take over? Well, Leo, Raph, Mikey, and Donnie have enjoyed countless appearances over the decades.

While many fans would likely go into “shell-shock” over such an idea, especially considering how disastrous the all-female 2016 Ghostbusters reboot was, it’s high-time Teenage Mutant Ninja Turtles did something different, especially with so many other reboots in development.

Given how Ghostbusters: Answer the Call (2016) turned out, though, perhaps an all-female TMNT reboot might not be the best idea. But the Ghostbusters reboot does get a few things right, and there are also many salvageable elements in the film that can be used in future projects.

It wasn’t actually the first female-led story in the wider Ghostbusters universe, though, and it begs to question why the filmmakers didn’t refer to IDW Publishing’s extensive “Ghostbusters” comic book series for existing female characters when making the film.

And while Teenage Mutant Ninja Turtles may only have Jennika and Venus de Milo, it’s still a pretty good start.

As per Wikipedia, here’s the synopsis for Teenage Mutant Ninja Turtles: Mutant Mayhem:

After years of being sheltered from the human world in the sewers of New York City, four Turtle brothers, who spent their lives learning ninjitsu, set out to the surface to be accepted as normal teenagers when their new friend April O’Neil, helps them take on a notorious crime syndicate and an army of mutants.

Teenage Mutant Ninja Turtles: Mutant Mayhem will be released in theaters on August 4, 2023.

There is now an official website for the film.

Do you think an all-female Ninja Turtles reboot could work? Let us know in the comments down below!