'Teenage Mutant Ninja Turtles: Mutant Mayhem' - Everything We Know - Inside the Magic 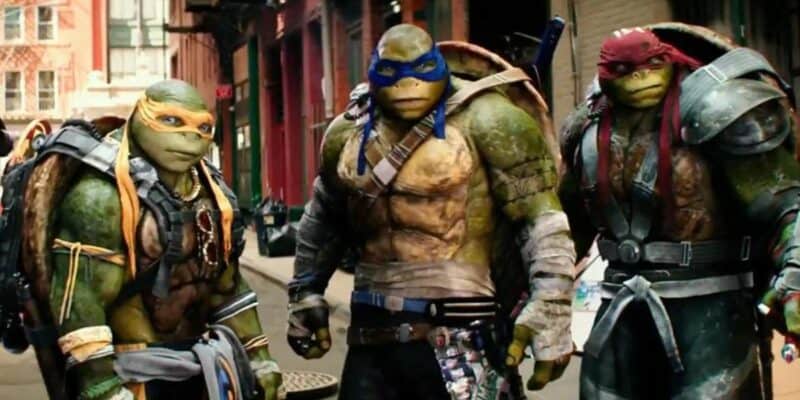 Teenage Mutant Ninja Turtles: Mutant Mayhem (2023) will be hitting theaters later this year, and though there hasn’t been all that much in the way of news in recent months, it’s possible you’re feeling a little lost, which would be no surprise considering that Paramount Pictures announced a number of upcoming Ninja Turtles projects last year.

So what exactly is Teenage Mutant Ninja Turtles: Mutant Mayhem? Is it the planned live-action reboot from SNL writers Casey Jost and Colin Jost, or is it the animated one from producers Seth Rogen and Evan Goldberg? Or is it the one of many upcoming TMNT villain-focused projects that will be heading to Paramount Plus?! Okay, let’s keep calm and eat some pizza.

The aptly titled flick is, in fact, the animated reboot from Rogen and Goldberg, and we’ve got everything you need to know right here in one place.

Back in 2020, Seth Rogen confirmed in an interview with Collider that the upcoming Teenage Mutant Ninja Turtles movie will focus on the teenage aspects of the titular turtles. Here’s what he said in that interview when discussing his approach for the reboot:

“As a lifelong fan of Ninja Turtles, weirdly the ‘Teenage’ part of Teenage Mutant Ninja Turtles was always the part that stuck out to me the most. And as someone who loves teenage movies, and who’s made a lot of teenage movies, and who literally got their start in their entire profession by writing a teenage movie, the idea of the kind of honing in on that element was really exciting to us. I mean, not disregarding the rest, but really using that as kind of a jumping-off point for the film.”

More recently, in an interview with The AV Club, Rogen revealed even more details about Mutant Mayhem, explaining how the project is “deeply personal” to him:

“It’s funny, I’m making this Ninja Turtles movie [Teenage Mutant Ninja Turtles: Mutant Mayhem] right now. And like, we found a way to make it deeply personal! It’s a teenage movie, we’re putting a lot of our own feelings — of awkwardness and insecurity and a desire to belong and be accepted and all that — into the movie. And it makes it fun. And as I sit around with the other people working on it, I’m like, ‘We found a way to care about this,’ which is great.”

Prior to the announcement of Mutant Mayhem, Rogen used his Twitter account to promote the film, sharing various things such as snippets of Leonardo’s journal and potted biographies of each of the four Turtles.

You can check out an excerpt from Leo’s journal below:

Wikipedia describes the film as follows:

After years of being sheltered from the human world in the sewers of New York City, four Turtle brothers, who spent their lives learning ninjitsu, set out to the surface to be accepted as normal teenagers when their new friend April O’Neil, helps them take on a notorious crime syndicate and an army of mutants.

As the film is in production, there is currently no trailer. However, with a summer release, it would be reasonable to expect one to soon emerge from the studio like a Turtle from the sewers. There is, however, some concept artwork that was leaked early last year.

There’s no wording on the casting either, however, we’d bet good pizza that Seth Rogen will give himself the role of mutant-henchman Bebop, which would see him voicing two of the most famous warthogs in pop culture, with the other being Pumbaa in The Lion King (2019) remake.

Based on the Wikipedia synopsis, we do know that April O’Neil will appear, while toy lines for the film that were recently teased online include Splinter, Rocksteady, and “Teenage Mutant Ninja Turtles” comic book villain Leatherhead.

When announcing the official title back in August 2022, Seth Rogen also shared the release date.

The film will be released in theaters on August 4, 2023. In the meantime, be sure to keep an eye on the official website.

Are you excited for Teenage Mutant Ninja Turtles: Mutant Mayhem? Let us know in the comments down below!