Nothing Is Sacred For Disney Parks Anymore - Inside the Magic 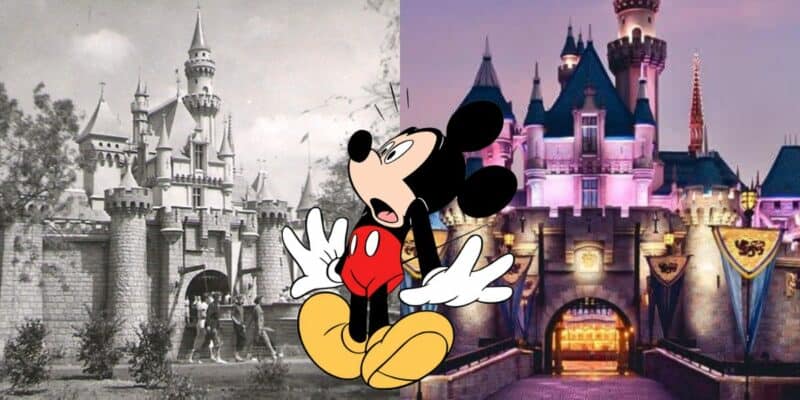 To say that Disney is undergoing a season of changes would be something of an understatement. Along with Bob Iger returning to his seat of power, many rides, Parks, and other areas have undergone a severe transformation in less than two years alone. Rides are getting replaced, attractions are in disrepair, Guests are getting out of control, and that’s only the tip of the iceberg. Needless to say, it’s understandable why many Guests find themselves claiming that the Disney Parks just aren’t the same anymore, and some have even gone on to say that the magic is gone. It seems like every day, Disney continues to change. Then again, wasn’t that Walt’s original vision?

The Disney Parks (and the Walt Disney Company to a certain extent) were designed to be in a constant state of evolution. From the days of Walt Disney to even the days of Bob Iger, Disney has always been pushing the envelope. Experimenting with new technologies, building bigger and better rides, and changing the face of the theme park business have always been the mission of Disneyland, Walt Disney World, and beyond. However, many Guests and longtime fans are questioning whether some attractions and rides need to be changed, while others are pointing out vintage attractions that are in a shameful state of disrepair. Whether it’s misguided priorities on Disney’s part or simply Guests reluctant to accept change, the state of the Parks has many Guests longing for that classic Disney experience. The question is, what defines classic Disney?

While there is always room for improvement, especially at the Walt Disney Company, there are indeed some attractions, rides, and practices at the Disney Parks that shouldn’t be changed, at least not too much. Simply put, some rides have become such a part of the Disney experience that they’ve practically been immortalized by fans. Rides like the Haunted Mansion, Big Thunder Mountain Railroad, and ‘it’s a small world’ have earned their places in the theme park hall of fame. However, these attractions have been with us for a lot longer than many expect. In fact, the famous King Arthur Carousel first took its first passengers on a ride in 1955. However, the carousel is also subject to regular refurbishment. The amount of love and care dedicated to these attractions is what allows them to maintain their classic nature. They aren’t gutted and replaced, they are regularly adjusted to fit in with the times. They aren’t modernized, but they are treated with modern techniques and some are fitted with more modern effects.

The key idea here is that there is a difference between replacement and refurbishment. That’s how the previously mentioned attractions continue to stay relevant without the need for too much modernization. Tweaks and adjustments are added as needed without compromising the entire experience. By making an attraction too modern, it becomes incredibly dated. A perfect example of this was seen with Walt Disney World’s Enchanted Tiki Room. From 1998 to 2011, Iago and Zazu took over the iconic ride. While the antics of the two celebrity birds were fine for the ’90s, their performance did not age well. What happened then? In a classic case of “if it’s not broke, don’t fix it,” the ride was altered to a slightly-shortened version of the original attraction.

In on of our recent articles, fans discussed elements of Disney that shouldn’t be changed. A shared train of thought was that Disney should keep its retro flavor. Maintaining this identity is what keeps generations of fans coming back to the Parks year after year. It’s the reason so many fans clamored back to a ride as simple, but yet so timeless, as the Walt Disney World Railroad. What the company needs to remember is that there is still an audience who maintain an adoration for the classic days of Disney. However, not all rides maintain their popularity.

Rides and attractions like Stitch’s Great Escape, Rocket Rods, and Kitchen Kabaret simply fell out of favor with the ever growing audience. Whether that was due to outdated tech, failed experimentation, or simply lack of relevance, these attractions have long since phased out of the Parks. A popular hot button topic amongst Disney Fans continues to be the fate of Splash Mountain. While it’s indeed a beloved attraction that could stand toe-to-toe with rides like Big Thunder Mountain and the Haunted Mansion, the attraction will be closing its doors as of January 23, 2023. So what made this Park icon, member of the Mountain Challenge, and long-running attraction deserve to be replaced by Tiana’s Bayou Adventure?

Splash Mountain, while maintaining its Park icon status for decades, makes one big mistake that other permanent/semi-permanent fixtures of the Park have been refurbished multiple times, but still keep what makes them so special. Reports of Splash Mountain’s deteriorations have been circulating even after the news of Tiana’s re-theme breaking. The primary reason the ride is being updated isn’t because the characters are problematic, the animatronics need constant repairs, and the script has become exceptionally dated, it’s because the attraction has more or less remained unchanged for years. Simply put, Splash Mountain has run its course.

If Splash Mountain was given any sort of substantial update or upgrade in recent years, there might have been a chance to save it. Given the fact that Br’er Rabbit and his friends from the briar patch are way more popular on the ride than they are in the notorious Song of the South, there is something to be said for their longevity. The fact of the matter remains that the ride’s current condition has not kept up with the Disney standard. That doesn’t mean it still won’t be considered a classic attraction, but it does mean it (and possibly others like it) has a lifespan.

Related: Is Disney Gearing Up to Replace an Iconic Ride?

With that all in mind, many hardcore Disney fans might be asking themselves if anything is still sacred as far as the Parks are concerned. Can there really be a Magic Kingdom without a Space Mountain or Haunted Mansion, or EPCOT without Soarin’ and Test Track? The real question is how long can these beloved rides exist without refurbishment or updates before being replaced. Fans can take some comfort in knowing that there are some rides that will likely remain permanent fixtures at the Disney Parks. However, is that still keeping with Walt Disney’s motifs of “keep moving forward?”

Walt Disney wouldn’t let a ride go so long without updates or refurbishment. Parts and technology inevitably age, and there’s no reason improvements can’t be made. Walt might have had a special place in his heart for Br’er Rabbit, but that doesn’t mean he would let him linger if his attraction was falling out of favor with his audience. A ride can have the latest bells and whistles, be kept in tip top shape, and even be fully functional across the board, but it’s the audience who makes or breaks a product’s success at the end of the day.

So what does that all mean for the Parks and fans of traditional Disney rides, and what defines a timeless attraction? The fact of the matter is that not all Disney rides and attractions are going to have a permanent lifespan. However, there might be a way to tell whether or not an attraction has that timeless Disney standard. Look at something like Pirates of the Caribbean, the Haunted Mansion, or even the Hall of Presidents. They are attractions that were built in the ’60s and ’70s that would not look out of place in the 2020s and so on. By honoring the past rather than trying to appeal to a modern audience, they maintain that previously mentioned retro quality that fans seem to cling to.

When Guests visit the Magic Kingdom, they might not remember dance parties, selfies, and hashtags, but they will remember walking right down the middle of Main Street USA, rubbing elbows with famous characters, and being immersed in a world of yesterday, tomorrow, and fantasy. The reason these elements are so successful isn’t through continuous modernization, but continuous preservation. Whether or not an attraction deserves it is highly dependent upon the fans.

There will always be a place for modern and experimental attractions, and there’s nothing wrong with that, but if they don’t have the established longevity, they’re not going to go down in Disney history. Change is definitely a good thing both in and out of the Disney Parks and audiences will constantly crave more new and exciting things from Disney, but the audience for the timeless classics will always be considerably larger.

In the end, what makes a ride classic, timeless, or relevant depends primarily on how well it can stick to Disney’s established identity. Some attractions will always have that crowd-pleasing ability, others lose it with time, and others might only have their fifteen minutes of fame. It’s that timeless element that Disney goes to great lengths to maintain that keeps thousands of Guests coming back on a regular basis, making it a special place preserved in time separated from the harsh realities of the outside world. If an attraction can live up to that framework, it’s set to have a long career under the Disney name.

Is your favorite ride immune to change? Tell us in the comments below!