Guest Gets Unexpected Surprise on Classic Disney Ride - Inside the Magic 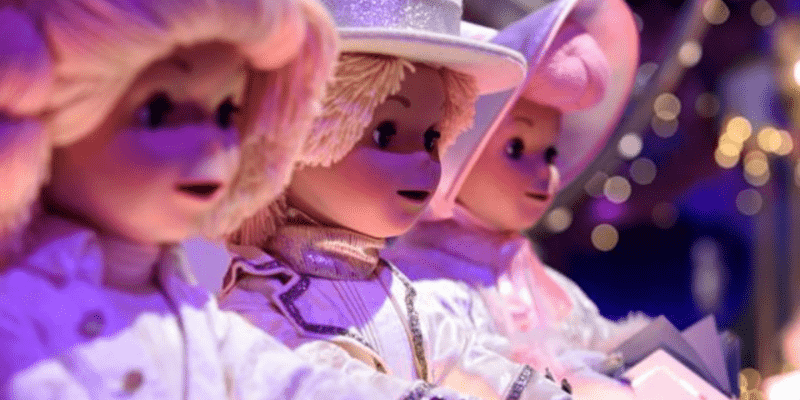 The classic Disney ride, “it’s a small world,” turned into nightmare fuel for an unsuspecting Guest after an accidental jump scare.

The Happiest Place on Earth is full of beloved attractions that are a must-do for millions of families and Disney fans whenever they visit the California theme park. With rides like the Haunted Mansion and Pirates of the Caribbean in New Orleans Square to Indiana Jones Adventure in Adventureland, Big Thunder Mountain in Frontierland, Splash Mountain in Critter Country, and Dumbo the Flying Elephant in Fantasyland, Disneyland has been a staple of family fun in America for over 50 years.

While some attractions are more popular than others, few are as divisive as “it’s a small world.” While the Fantasyland attraction is adorable to many, some, yours truly included, are conflicted by the classic Disney ride and even consider it nightmare fuel, whether that be due to the dolls in the attraction, the darkness aboard the ride, the song that immediately gets stuck in your head, or any other reason. And for one unlucky Guest, the attraction became a “haunted ride” during a recent visit.

TikTok user @disneyconnect_ recently posted a video while riding the classic Disney attraction during its seasonal overlay. Everything seemed normal aboard “it’s a small world” Holiday until a couple of Cast Members came “out of nowhere” and “accidentally” scared the Guest, which is completely understandable considering that @disneyconnect_ appeared to be alone in the boat at the time of the incident.

While the Guest surely posted the video with a humorous tone, the accidental experience is something he might find hard to forget.

The original poster did not provide any information regarding the presence of the Disney Cast Memberit’sowever, user @brittanylocicero, a former Disney Cast Member, commented that she was pretty sure Cast Members should not navigate the Disney ride while it’s operational and Guests are inside as it could be dangerous for both parties.

User @dlark1989 shared a similar experience, commenting that Cast Members scared her “half to death,” and user @foxybee444 took the video with humor and commented, “Making sure nobody is standing up in the boat,” an incident that has happened a few times at the attraction.

“it’s a small world” is currently unavailable at Disneyland, as the classic Disney ride is undergoing a refurbishment to remove its seasonal overlay and is scheduled to reopen on January 20.

Set sail along a wondrous wintry waterway transformed with whimsical décor. Behold jubilant regional adornments all along your world tour of good cheer. Listen as the costumed chorus of children sings the classic “It’s a Small World (After All)” song and traditional holiday tunes.

Do you like “it’s a small world” at Disneyland Park? Or would you rather skip the classic Disney ride? Let us know what you think in the comments below!